Basavanagudi police have arrested Mohan Kumar, a resident of Tyagarajanagar and Venkatesh, from Madiwala, DVG Road for selling blank application signed by doctors, who are gazetted officers.

Mohan and Venkatesh have been selling forms for the past four and six months, respectively. 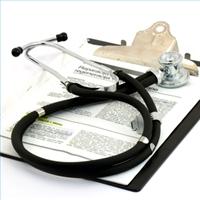 Six doctors of four hospitals involved
The police said preliminary investigation revealed that six doctors’ signatures were found on the applications. The police have seized more than 150 applications, of which more than 50 have been signed by doctors.

Doctors from four hospitals are involved in the racket, said the police. The police suspect a gang is masterminding this racket.
The duo who were arrested used to get a daily allowance depending on the number of applications they sold. This pointed to a gang with access to doctors.

The police said some applications were signed but did not bear the doctors’ seal; instead, Mohan and Venkatesh were using the hospitals’ seal.

“We have issued notices to doctors. We have asked them to come to the police station for questioning,” said a police officer.

The duo also had blank birth certificates with doctors’ signatures. A doctor from a primary healthcare centre and a school headmaster are also involved in this racket, said a police officer.

A case under Section 420 of the IPC has been registered in Basavanagudi police station. Deputy commissioner of police (South) Sonia Narang confirmed the arrests.

“We have names of the doctors and the names will be revealed soon,” she said.