A 2011 report from Europe’s leading background screening firm revealed an astounding 48 percent increase worldwide in the number of known fake diploma mills in the previous year, and the number of what the report describes as “largely online entities whose degrees are worthless due to the lack of valid accreditation and recognition” is likely to increase in the coming year as desperate job applicants knowingly – and unknowingly – do business with companies that offer fake degrees and false credentials for a price. This is Trend Number 6 of the fifth annual ‘Employment Screening Resources (ESR) Top 10 Trends in Background Checks’ for 2012. 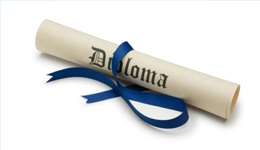 According to the second annual Accredibase™ Report for 2011 from Verifile Limited, the United States was the world’s diploma mill capital and saw a 20 percent increase in known diploma mills with the number rising from 810 to 1,008. More than 40 percent of U.S. diploma mills operated in four states – California, Hawaii, Washington, and Florida. The Accredibase™ database of diploma mills has identified approximately 5,000 suspect educational institutions and accreditors. In addition to the 2,615 confirmed diploma mills, more than 2,000 suspect institutions are currently under investigation. The report is available at http://www.accredibase.com/index.php?section=871&page=4493.

Adding to the challenge of employers detecting education fraud, some diploma mills have even created fake accreditation agencies to falsely vouch for the phony schools. To combat diploma mills in the United States, schools are generally accredited by private organizations that are recognized as legitimate accreditors by the Council for Higher Education Accreditation (CHEA). The CHEA website is at http://www.chea.org/. The U.S. Department of Education has also created a website with a Database of Accredited Postsecondary Institutions and Programs where employers can search for accredited schools at http://www.ope.ed.gov/accreditation/search.aspx.

There is no doubt that “genuine” fake diplomas are on the rise. Getting a college diploma no longer requires years of hard work, taking tests, paying tuition or even reading a book. Instead of these formalities, all a person needs is a credit card and a web browser in order to buy an authentic looking diploma that mimics real colleges, universities, and even high schools across the United States. Go to any search engine and run keywords such as “fake Diploma” and anyone can instantly “graduate” from nearly any school in America with a very handsome and authentic looking diploma suitable for hanging.

The following stories from 2011 show how widespread the problem of diploma mills – and all types of education fraud – has become in the U.S.:

According to the Accredibase™ report, the following “red flags” – or warning signs –may help identify diploma mills:

Fake credentials are not limited to fake educational claims. Some job applicants are also making up fictional employment histories to fool prospective employers. A past ESR News blog reported that one company (http://www.careerexcuse.com/) offered false job references – complete with job titles, start dates and end dates, and salary – to jobseekers seeking employment that were willing to pay a fee plus a monthly subscription. This service offered phony references from real “Reference Providers” and work histories from “Virtual Companies.” The company will even create fake web sites to make the fake company look real and provide fake pay stubs. To read the full blog, visit: http://www.esrcheck.com/wordpress/2011/08/19/past-employment-verifications-important-to-employers-with-some-jobseekers-receiving-false-job-references-for-a-price/.

When jobseekers offer false past employment information to employers, they may end up being hired for jobs they are too unfit, unqualified, dishonest, or dangerous to complete. Meanwhile, honest jobseekers are overlooked for being more truthful with their references. While it is true some jobseekers will stop at nothing to land a job, providing false past employment reference information is not the best way for a prospective employee to begin a business relationship with a potential employer.

This article is originally written by [Les Rosen] and appeared at [esrcheck.com]