Last week, gang members in the city of Patiala, Punjab India were arrested on charges of attempting to deliver six university degrees from Punjabi University, Patiala and Panjab University, Chandigarh at a Barren bus stop.  This sting led investigators to a gang member’s home where police seized a computer which contained information on sales of somewhere between 1,700 – 1,800 fake university degrees.  The accused were selling university degrees for 5,000 – 7,000 Rupees or $106 – $148 U.S.

According to a January, 2010 report released by Verifile Limited, there were 135 known unaccredited institutions and unrecognized accrediting bodies operating in India alone.  The India Council of Technical Education (AICTE) and the Ministry of Human Resource Development currently publish a list of over 200 institutes in the country that run diploma and certificate courses without government approval. 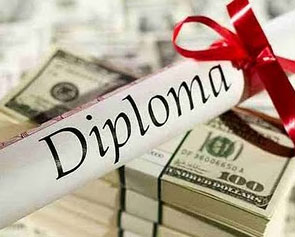 Fraud is on the rise and employers need to take a proactive stance to properly vetting their workforce. Employers are urged to verify the legitimacy of an applicant’s diploma, at any job level, and not to take a candidate’s or employee’s supplied education credentials at face value.