The provincial government has yet to complete the departmental inquiry against the former medical superintendent (MS) of District Headquarter (DHQ) Hospital and other officials over the appointment of four doctors with fake MBBS degrees.

Almost two years have passed since the illegal appointments were made public in October 2009, but the departmental inquiry remains pending with three different inquiry officers. 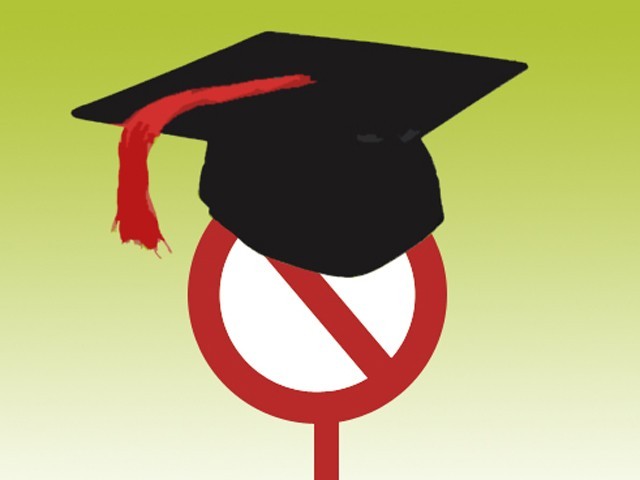 On the other hand, departmental proceedings have been pending for a long time, whereas under Punjab Employees, Efficiency, Discipline and Accountability Act (PEEDA) rules, if an inquiry is not completed within 90 days the suspended officers are supposed to automatically be reinstated.

Official sources at DHQ Hospital and RMC told The Express Tribune that disciplinary proceedings are presently pending with the office of Rawalpindi Commissioner Zahid Saeed after he was appointed the inquiry officer in the case some six months ago. No proceedings have taken place in the case thus far.

Sources added that in October 2009, the Punjab chief minister appointed the literacy secretary as the inquiry officer (IO) to complete the probe into the DHQ Hospital administration for hiring three brothers and a nurse with fake MBBS degrees from Kabul University in Afghanistan.

The IO was to look into the appointments of Mariam Waqar, Mobim Akhtar and Romana Masood, after the trio were irregularly hired on contract by the hospital and later were regularised.

The literacy secretary left the inquiry pending for one year and the Punjab government later appointed the Minerals Development Corporation director general as the IO, but nothing happened for another six months.

Commissioner Zahid Saeed was not available for a comment despite repeated attempts.