The Delhi police has booked a girl student for allegedly submitting forged certificate of marks to get admission at the prestigious Ramjas College where an admission racket was busted by the police last year.

Police officials said the accused, Sonam Sethi, a resident of Sonepat, Haryana, had submitted a fake marks certificate to get admission in the B.Com, course offered by Delhi University at Ramjas College in May last year. 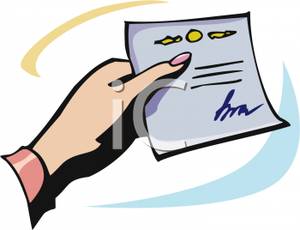 “When the racket was unearthed by the university authorities during the scrutiny of last year’s admissions, it was found that the accused, Sonam, had submitted a Class 12 marks certificate which was found to be forged when its result was tallied with that on the CBSE website. Following the detection of the fraud, Ramjas College principal Dr Rajendra Prasad filed a complaint with the north Delhi police’s Maurice Nagar police station last week and a case under Sections 420, 468 and 471 of the India Penal Code was registered against Sonam Sethi,” a senior police official said.

The Delhi University authorities have cancelled her admission. The Delhi police had arrested five persons including two B.Com. students of Ramjas College last year after it was found that they had used forged certificates while seeking admission to Ramjas in 2010-2011 session.

The arrests were made after Ramjas College authorities filed a complaint with the Delhi police. The police investigations had revealed an elaborate network of fraudsters and cheaters who used to make forged certificates for students who were willing to pay good money for securing admissions in the prestigious college.