The Tver district court sentenced a prominent lawyer and TV presenter to two years in prison for fraud when it was uncovered that he had been practicing law with a false diploma over 12 years, the Kommersant newspaper reported on Monday.

Vladimir Oreshnikov was found to have worked as a lawyer illegally, using a false diploma. The latter charge could be used as grounds for the review of a large number of criminal cases, which he was involved in, the newspaper writes.

“The lack of higher education may be grounds to review cases in which he participated, as well as the provision of low-quality legal services, which is a violation of the right for defense,” Kommersant quoted the chairman of the Bar Association, Vladimir Zherebenkov, under whose guidance Oreshnikov had worked for many years. 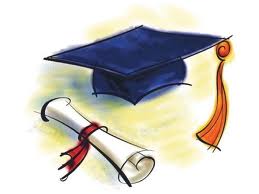 The defendant is well-known in legal circles in Moscow and has practiced law since the late 90s, specializing in the protection of law enforcement officers accused of misconduct. He was also the co-host of a popular court-based television show aired on the Rossiya TV channel.

Oreshnikov pleaded guilty to fraud and was given a two-year suspended sentence.