The mix of ferociously competitive entrance exams to local universities and traditional familial and social pressures to receive a good education has created massive demand for chances for China’s young to study abroad — demand that is exploited to great affect by “diploma mills”.

In the latest such incident, North Dakota, U.S.-based Dickinson State University has been accused of handing out diplomas to hundreds of foreign students who did not earn them. Students from China made up 94 percent of the school’s international course headcount in the past 9 years.

Each year millions of Chinese students sit the famed and feared gao kao, or university entrance exam, in the knowledge that most won’t make it. For those who don’t, and can afford it, studying overseas in places such as the U.S., Australia and the UK is an attractive proposition. 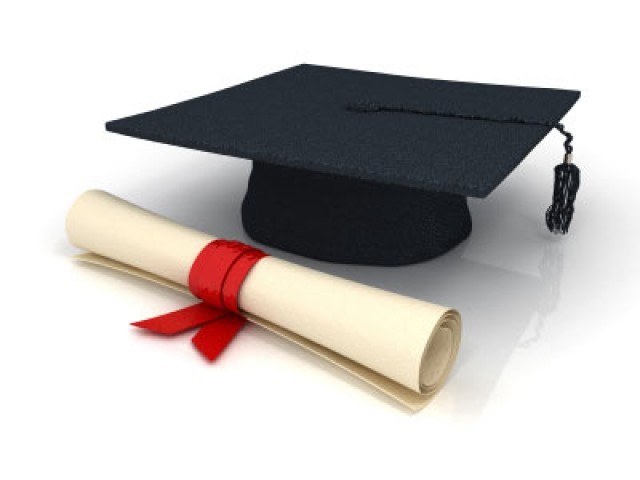 According to an audit report, of the 410 bachelor’s degrees handed out by Dickinson State in the past 9 years to foreign students, only 10 were valid, according to the Beijing News. Degrees were granted to students who hadn’t completed coursework, while some weren’t fluent in English or hadn’t achieved the “C” average normally required for admission.

The audit report said it is common practice to enroll Chinese students who don’t qualify as potential candidates and the act of providing fake school report cards has been tolerated, according to the Beijing News.

In 2010, more than 1,500 schools in the U.S were blacklisted as institutions engaged in the falsification of education credentials, according to a Council for Higher Education Accreditation study.

Dickenson State graduates interviewed by Chinese media expressed hope that the scandal would not taint their credentials. But not every student is eager to follow the rules in getting a much-desired university diploma.

“Sometimes students who fall victims to such diploma mills are aware that they are purchasing a diploma and in some cases get involved in falsifying their fancy degrees,” said Lao Kaisheng, a professor on education and law from Beijing Normal University.

Academic fraud is a problem in China, and in recent years has claimed some high profile figures. Tang Jun, former chief of Microsoft China and Shanda Interactive Entertainment Ltd. (NASDAQ: SNDA), was found to have mislead over his PhD from Pacific Western University, a high profile diploma mill.