The Chinese Embassy in the United States has sent an investigation team to an American university revealed as a diploma mill for foreign students, most of whom were Chinese, officials said yesterday.

The move came after claims that hundreds of students, mostly from China, at Dickinson State University in North Dakota were given degrees they hadn’t earned.

The investigation follows the resignation of the university president and the suicide of its dean of education, business and applied sciences. 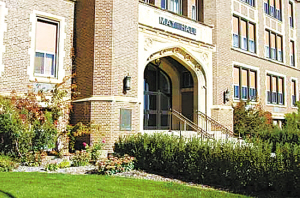 Douglas LaPlante, 59, was found dead in a park near the campus of a self-inflicted gunshot wound on Friday afternoon, police said.

An audit by North Dakota education authorities made public last Friday revealed that lax record keeping and oversight resulted in hundreds of degrees being awarded to students who hadn’t finished their course work.

Others were enrolled who couldn’t speak English or hadn’t achieved the standard normally required for admission.

Of 410 foreign students who had received four-year degrees since 2003 – most of them in the past four years – 400 didn’t fulfill all the graduation requirements, the audit report said. About 95 percent of the students in the degree program were Chinese, it said. The rest were Russian.

“The embassy will fight for the welfare of Chinese students,” an official with the embassy told Xinhua news agency yesterday.