Officials in charge said that the Office of Educational Affairs of the Embassy of China in the United States has started to conduct its verification. Currently, the parties concerned have already contact relevant students studying abroad for ask for information and required the school authority to protect the students’ legal rights and interests. 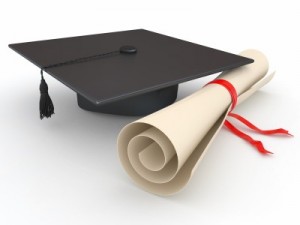 Some media reported that an audit report by the North Dakota university system and higher education department of North Dakota pointed out that the university issued graduation certificates to hundreds of overseas students who had not obtained the lowest score for such certificates. Investors said that some mandatory requirements in enrolling students are artificially reduced and even some frauds are overlooked. More importantly, graduation certificates are also issued in an irresponsible manner. “hence, the university becomes a “diploma mill“.

It is understood that Dickinson State University has signed cooperative agreements with many universities in China. Since 2003, a total of 816 overseas students have participated in international courses of this university, 743 of them have some problems in their archives; of the 410 students who are awarded joint degree, only 10 have completed all compulsory courses; of the 120 students who are still studying in the university, only 39 have finished all courses and are qualified to obtain a degree; 584 students have obtained other certificates or degrees before. According to statistics, about 95 percent of unqualified students come from China and the rest of them are from Russia.