Don’t be impressed by that degree from Columbia State University of Louisiana.

It’s likely not worth the paper it’s printed on.

The school was uncovered in 1998 to be a diploma mill, an operation that awards degrees with little or no academic study from an unaccredited institution.

Listing a bogus diploma on resumes has become a common trend in recent years as job seekers find themselves competing for jobs among many. 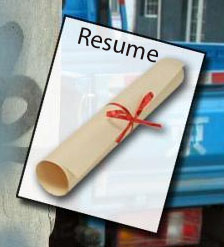 But it’s just one of many falsehoods that industry observers see on resumes.

If a resume looks too good to be true, it just might be, according to recent research from Office Team, which found that 43 percent of managers polled believe job seekers include dishonest information on their resumes.

“They are trying to do whatever it takes to stand out and get the job,” she said. “Unfortunately, part of that is embellishing job duties they’ve done, education and, of course, employment dates.”

People often think no one will check their background, said Julie Hakman, president and CEO of AmericanChecked Inc., a local background screening company.

A common trend of late involves buying degrees online from a diploma mill that may be in a foreign country, she said. People will list a degree from a university that exists online but isn’t accredited.

At one time, employers could call a high school or university to verify whether someone graduated, but no one is sharing information anymore. Verifications are more difficult than they used to be, Hakman said.

Fake verification companies also have surfaced that vouch for information listed on resumes.

People also misrepresent salary amounts, omit jobs from their work history because they were fired or worked there a short time, and inflate job titles, observers said.

Trying to confirm someone’s salary can be tricky, as past employers usually only provide the dates of employment and position held by a former employee, Hakman said.

Lying about job titles is huge. Michelle Lehman of Premier Staffing, who is also a board member of Tulsa Area Human Resources Association, said people don’t think anyone will check.

W. Kirk Turner, an attorney with Newton O’Connor Turner & Ketchum PC, has seen a lot of resume and application falsification over 23 years, including lies about education and criminal background.

He advises that employers make sure that job candidates sign their application and complete it fully, understand a person’s complete work history and ask about employment gaps.

The gap may be due to being a stay-at-home mom or time spent on a mission trip. Or it could be due to time spent in rehab or prison, he said.

“If you want to land a job, honesty is the best policy,” McAleavy said. “It’s certainly a cliche, but people don’t get hired when they misrepresent themselves.”