Executive Director of the University Council of Jamaica Dr Ethley London has joined Minister of Education Dr Jacqui Quinn-Leandro in her plea for Antiguans and Barbudans to avoid falling prey to the bogus degrees granted by so-called diploma mills.

The visiting lecturer was in Antigua to deliver a speech at Wednesday night’s 9th annual Dr Alister Francis Memorial Lecture held at the Ryan’s Conference Centre.

After identifying several warning signs of such diploma mills, she urged all concerned to get clearance from the local accreditation board, recently relocated to Prime Minister’s Drive. 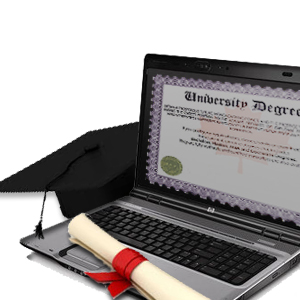 Dr London, who was instrumental in setting up accreditation boards in more than eight Caribbean islands, said the University Council of Jamaica is willing to assist.

“The onus is on us as consumers or parents, relatives or employers of consumers of the high education product to be vigilant and apply due diligence to the selection of an institution or programme,” Dr London said.

“If in doubt about an institution, before you pay your money, check with you accreditation board. That is a part of their remit.”

She pointed out that diploma mills have been around for hundreds of years and are still flourishing around the world.

Dr London said that according to Bear & Bear, during the 1980s, phoney schools significantly diminished because of the FBI’s Diploma Mill Task Force, also called “Dip Scam,” that helped to secure indictments and bring about the convictions of many individuals. However the trend has been reversed.

“The problem is actually getting worse. Both in the US and Europe, diploma mills have made a real come-back, due to the decline of Dip Scam, the advent of laser printers, colour copiers, overnight delivery service and 800-numbers, faxes, computer bulletin boards and other accessible technology, especially the Internet,” she said.