Hundreds of domicile, income and OBC certificates were fraudulently issued in Najafgarh tehsil during September-December 2011. The well-planned racket was allegedly stage-managed by a first grade Delhi Administration Subordinate Service officer. The revenue department has found that, of the 1,800-odd certificates under categories of domicile, income and OBC from the officeof the Najafgarh tehsildar, more than 650 were illegally issued against fake applications or no applications at all. 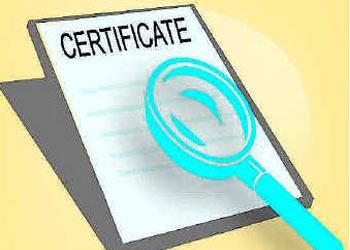 While tehsildar (Najafgarh) Ashok Kumar has been suspended, based on a hard hitting inquiry of the SDM (Najafgarh) the Delhi government’s revenue department is preparing to lodge an FIR under criminal sections for forgery, cheating and tampering with government records. More heads may roll.

This is just the tip of the iceberg and investigations into the racket are likely to unravel corruption that may not be limited to Najafgarh tehsil in Southwest district. While indicating disciplinary action, chief secretary PK Tripathi put Ashok Kumar under suspension on January 11 based on an inquiry into the issue of certificates in Palam tehsil of which Kumar held additional charge during December. An FIR for tampering with government records has already been registered against Kumar’s private driver Joginder, who allegedly made bogus entries in Palam tehsil for seeking certificates. Before he took over charge of Najafgarh tehsil in September, Kumar was in charge of Punjabi Bagh tehsil, which is now under scrutiny.

Preliminary investigations show Joginder allegedly made nearly 160 entries in the name of fake applicants in Palam tehsil. But later Kumar allegedly removed 80 entries. This made senior officials suspicious and a probe revealed the tampering with records.

Taking the investigations forward after Kumar’s suspension, the revenue department shifted focus to his tenure as tehsildar in Najafgarh district. In 654 cases, the application records were missing while counterfoils were missing in 422 cases. Approximately 70 application forms missing were common to both OBC and domicile certificates. In 11 cases, ground checks revealed that addresses of applicants who were issued certificates were fake. Also, there were many entries where certificates were issued in the same name.

A report of the inquiry conducted by SDM (Najafgarh) Krishna Mohan Uppu has been sent by the deputy commissioner of Southwest district, DP Dwivedi, to divisional commissioner Vijay Dev.