The Real and the Fake: Degree and Diploma Mills

by Alan Contreras and George Gollin

The recent release of a list of over 9,000 people who bought degrees from St. Regis “University” has helped bring into focus a problem that legitimate institutions like to ignore: An enormous number of people who could be getting real college credentials are buying degree- and diploma-mill ones instead. This causes damage that goes beyond the obvious one of unfair competition. Such degrees introduce counterfeit currency into the market and call into question the value of the genuine thing.

Degree Mills in the United States
Let’s begin our discussion of this problem with a detour into terminology. What are the differences between degree mills, diploma mills, and legitimate colleges? 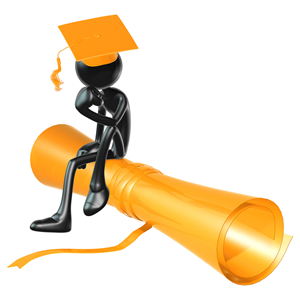 The terms “diploma mill” and “degree mill” are often used interchangeably, but in fact most experts consider them to have different meanings:

In other words, there are two snakes in the pit. In the first half of this article, I will focus on degree mills and their near neighbors, legally operating but unaccredited colleges; George Gollin will discuss international diploma mills in the next section.

What makes a degree valid
Under U.S. law, there are only three sources for the authority to issue college degrees: Congress, a sovereign Indian tribe, or a state government. Accreditation is voluntary, while approval from one of these sources is mandatory. (Note: Federal law requires that for its students to be eligible for federal financial aid, a school must have both state approval and accreditation; one cannot subsume the other. And state approval comes first. Because it is a mandatory prerequisite for accreditation, accreditors are required by federal law to obtain proof that colleges have state approval when they apply for accreditation, including renewals.)


Alan Contreras has served as the administrator of the Oregon Office of Degree Authorization (ODA), a unit of the Oregon Student Assistance Commission, since 1999. Prior to coming to ODA, he worked for the University of Oregon, the Oregon Community College Association, and the Missouri Coordinating Board for Higher Education. He is a noted author of bird books, and his essays on education topics appear frequently in the Chronicle of Higher Education and Inside Higher Education. George Gollin is a professor of physics at the University of Illinois at Urbana-Champaign. His research in experimental elementary particle physics focuses on the nature and origins of the equations that govern space, time, matter, and energy. His faculty service work concentrates primarily on problems in higher education quality assurance and accreditation. He was elected to the board of directors of the Council for Higher Education Accreditation in 2006.