The police have recovered fake university slips belonging to Punjab, Uttar Pradesh, Sikkim and Bihar educational boards and universities. The accused were nabbed by the special investigation team of the police from their office premises in sector- 35 and Zirakpur. 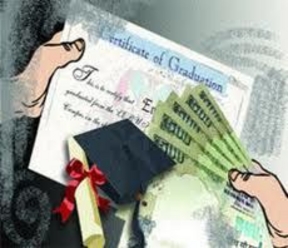 According to city SSP Nanihal Singh, the group was running a fake degree racket wherein fake documents were being prepared and were sold by them. The kingpin of the racket is believed to be the director of Sai Service Education, Mukta Sharma, in Zirakpur.

The police have arrested Mukta Sharma alongside her husband Vikas, Kalpana, Naveen, Anjum and Balraj Singh.