Nine suspects stood trial at a local court in Beijing on Monday for selling fake degree certificates from universities in the United States to defraud people of about 3.4 million yuan ($540,000).

The suspects swindled more than 30 people across the country, including some senior executives of big enterprises, by selling them fake doctorates or master’s degree certificates from foreign universities between 2007 and 2010. 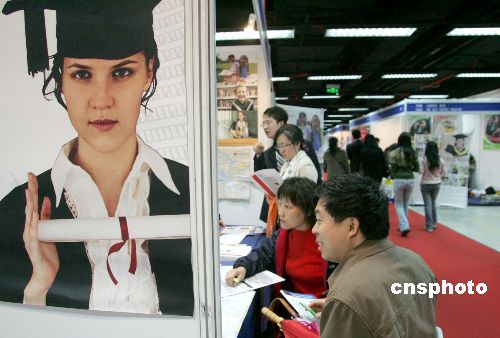 They were charged with fraud, according to prosecutors from Beijing’s Haidian district.

The indictment said Liao Huangqi and Li Yongqiang, two principal suspects in the case, defrauded 2.82 million yuan and 587,400 yuan, respectively, while the other seven defendants cheated people out of about 500,000 yuan.

During Monday’s trial at the people’s court of Haidian district, the suspects accepted the accusations and confessed, but disagreed on the amount of money that had been defrauded, Zhou Yuanqing, an information official of the court, said after the trial.

“The trial lasted for about three hours, but the judge didn’t impose sentences,” Zhou said.

She said courts needed more time to hear the cases, but it was uncertain when the trial would resume.

According to the prosecutors, the nine suspects fabricated enrollment regulations for some US colleges, including the University of Washington, and claimed they could issue degree certificates from these schools as long as the applicants paid money and did some training.

However, Liao did not call police after he got a fake foreign degree. Instead, he collaborated with Li to go on with the cheating, the indictment said.

But considering that Liao and Li confessed and reported other suspects’ wrongdoings after being arrested, the prosecutors suggested that the court give them lighter punishment.

Zhao Li, a Beijing-based lawyer specializing in criminal cases from Zhen Bang Law Firm, said the fraud amount in this case is huge, which means that the suspects may face at least 10-year sentences in line with the criminal law.

“The punishments will be different in accordance with the suspect’s roles as they committed the crimes,” Zhao said, adding that defrauding money by making fake certificates has become common recently in China.

Liu Yunshan, an associate professor at the graduate school of education at Peking University, said that many people pay more attention to diplomas instead of to the true nature of education, which is why these cases were happening.

“Now, many people pursue seemingly fancy degrees or the surface value of certificates while ignoring the real value of education, and this creates opportunities for wrongdoers to commit the fraud,” she said.