Is that degree genuine?

Muscat: Is it a ‘tsunami’ of some sorts? We are talking about the fake degree menace in Oman. Well, if you consider the sheer volume and scale of the forged certificates in circulation all across the globe, and this region, it may as well be a ‘tsunami’, and no less!

There are a growing number of fictitious universities and institutions, and all churning out supposedly “high class” degrees, and there is more of the business of collecting moolah than anything remotely academic about them. 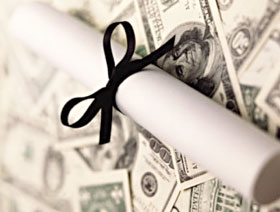 Now, here is startling piece of information provided to Times of Oman by an official of the Ministry of Higher Education in Oman – from the year 2005 to February, 2012, the ministry detected as many as 1,216 forged certificates, including 30 cases of fake educational certificates involving Omani nationals. And, in as many as 1,177 cases, expatriates were found to have used forged certificates to fetch jobs!

Talking to Times of Oman, the official added that all these cases have been referred to the Public Prosecution for further investigations.

According to informed observers, the main reason behind this spurt in fake degrees is the lure of prosperous markets with lots of tempting job opportunities, as well as a lack of accuracy on part of the concerned authorities to accurately verify the certificates and documents of their employees.

Fake US certificates
Also, there is no specialised or competent authority to verify these degrees accurately, or, probably, not as actively involved in the scrutiny as required. To add to it, there is an absence of clear-cut specifications that slap harsh punishments on those indulging in this kind of forgery.

Last year, one of the US newspapers, Spokesman-Review, published a list of approximately 10,000 people who have received fraudulent certificates from the US, including 180 from the Gulf region, mostly from Saudi Arabia and the UAE. The US government put all these people on the blacklist. Of these, 69 were Saudis, 68 were Emiratis, 13 Omanis, 12 Bahrainis and four Qataris.

As for the measures taken against those with fake certificates, the Ministry of External Affairs official said that all information has been furnished to the Public
Prosecution to investigate and punish the guilty as well as find those who helped and connived with them in the process.

The official added that the ministry detects the fake certificates by sending a copy of the document to the concerned country to ensure the validity. He, however, pointed out that the spread of the forged certificates phenomenon was still not alarming enough.

The cooperation between the Sultanate and external agencies to detect fake certificates is serving its purpose well and there is no challenge of delay in response, he added.

Experts, on the other hand, pointed out that most of the fake certificate cases were a handiwork of external agencies in lieu of a huge amount of money, depending on the importance of the certificate.

However, there can be no denying the fact that fake certificates deprive the fresh graduates of their rightful place in the job market.

“It’s unfair to the jobseeker,” Mohammed Al Hatmi, who has graduated from the Sultan Qaboos University, said.

There is also this pertinent question: how many of these fake certificates have not been discovered as yet? And how many of those with fake degrees are practising serious and crucial professions like those of medics or teachers in higher educational institutions? This is indeed a million dollar question.