diplomafraud April 20, 2012 1
The Madurai rural police Wednesday claimed to have arrested a six-member gang that was involved in preparing and selling fake educational certificates, birth and death certificates and conduct certificates for the last 15 years. 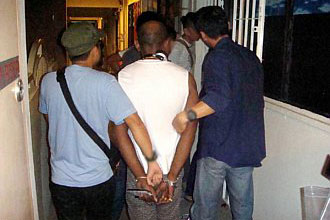 Ramar revealed during interrogation that he used to sell the certificates in Melur, Madurai and Chennai for prices ranging from Rs 1,000 to Rs 3,000. They were used for various purposes by the “beneficiaries” like procuring driving licences, insurance policies and securing jobs. The police said they are on the hunt for more suspects believed to have gone underground.

The police added that they are preparing a list of the “beneficiaries” for action. They said it’s too early to say if the tentacles of the gang had spread to other parts of Tamil Nadu.