Australians nowadays are applying for jobs using fake degrees that they purchase online. Dodgy online degrees are just a click away these days­­­. Many websites on the internet are offering instant degrees, doctorates and certificates in every field possible- from law to economics; these websites have considerably increased in number in the past year. The situation has worsened so much that qualified and authentic degree holders now have to compete with dodgy degrees to get their dream jobs. 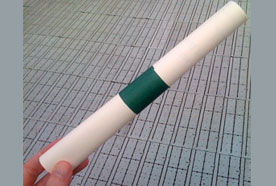 According to estimates more than 500 “diploma mills” are available on the World Wide Web and their sales amount to millions. After a survey was conducted on several sites that give away fake degrees it was found that Bachelors degrees cost around $122 while for a doctorate one has to cough up $177. These fake degrees and certificates are mailed to the “graduates” (or buyers) along with congratulatory letters within just 5 days. First Advantage, a background screening firm conducts almost 400 background checks a day. Kylie Bent, spokeswoman for First Advantage said that applicants with fake degrees are recognised easily, and a large number of them are exposed weekly. Applicants with “sketchy” degrees are caught so soon because almost everyone is aware of the fact that if a degree is awarded within months it’s likely not legitimate.

Kylie Bent also revealed that legitimate institutions mostly have physical contact addresses and not just email addresses, as is the case with all the fake degrees. One such institution that gives away instant degrees is called The Trinity College, although the university is registered in Delaware, United States but it is actually run from Spain. Apart from the fake degrees, Jonathan Hart Verifications Manager from First Advantage also revealed that job applicants nowadays have another problem that is of overselling or exaggerating their degrees and qualifications.