If you can’t trust a teacher, then who can you trust? A private lawsuit filed by a student of a so-called “Homeland Security Training School” in late March 2012 draws attention a growing problem of for-profit schools misleading students. This suit, among others, may warrant the opening of a few more forensic science schools just to make sure that graduation rate of those capable of investigation is keeping up with the demand for it. The suit, which seeks $30 million in aggregate damages, brings the risks of fraud by for-profit education programs into sharp focus. 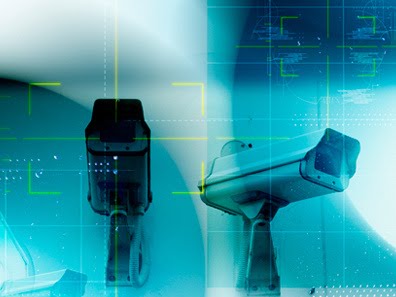 At the heart of the lawsuit is the alleged deception of Los Angeles-based International Career Development College, Inc. IADC, which operates several “campuses” in the Southern California area, advertising with the slogan “Change Your Life Today.” Courses are offered in a number of different disciplines, but all correlate to economic sectors experiencing general job growth: security training, accounting, and healthcare management, to name a few. Former student Brian Wilhelm filed the suit specifically in relation to the IADC’s Homeland Security training program.

Wilhelm asserts that using the “Homeland Security” name in the program title and description is deceptive, and gives the false impression that graduates will be able to find work within that government agency. “This for-profit college has misled students into enrolling into its educational programs by adopting misleading/deceptive names for its educational programs, adopting a practice of misrepresenting its post-graduation employment statistics, and by making other misleading and false representations,” the complaint said, as recounted by Courthouse News Service March 27. The complaint continued to assert that money became more important than education to the school. A trial date has not been set.

Regardless of the outcome in court, the complaint draws attention to the increasing number of educational opportunities that become little more than elevated hopes for kids who don’t know better. A similar lawsuit filed earlier in the year against Illinois criminal justice program Westwood may similarly work to raise awareness, particularly because of the force behind the filing. The plaintiff in that case is not a disgruntled student, but the Attorney General of Illinois.

Attorney General Lisa Madigan’s office criticized the program on the moral ground that students who had accrued substantial debt over the course of their criminal justice education had, “no way to pursue a law enforcement job because their Westwood education was not regionally accredited,” according to the Chicago Tribune. The suit asks for reimbursement for all current and former students, and also seeks to recover damages under Illinois’ Consumer Fraud Act.

Madigan has also joined 22 other state attorneys general in investigating for-profit colleges’ tuition rates and loan policies as a part of a nationwide crackdown. According to this group, which testified before Congress in early March, job-training institutes like Westwood routinely encourage prospective students to take out hefty private loans, many of which come saddled with oppressive interest rates.

It can sometimes be hard to separate true scams from legitimate, if poor-quality, institutions. To help expedite awareness, New York City has set up a hotline that people can call with tips on potential educational scams. The hotline reacts to the growing number of illegitimate education opportunities sprouting across Manhattan and the boroughs. “Unfortunately, difficult economic times sometimes draw out those who would take advantage of vulnerable New Yorkers,” New York City Department of Consumer Affairs Commissioner Jonathan Mintz told the Gotham Gazette. Mintz recommended that anyone considering attending a program that promises job placement or marketability look first at the resources on the city’s “Know Before You Enroll” webpage.

“Know Before You Enroll” is specific to New York City schools, but provides important tips for anyone considering for-profit training schools. Consumer education cannot always stop large-scale fraud, but it can certainly dampen its effects. It may also lessen the risk that more students will suffer the aggravation and harm outlined in the IADC complaint.