For some, even fake degrees are also an asset

The craze among many youngsters to acquire professional degrees has led to mushrooming of educational shops here. For some, a degree in engineering is a matter of prestige while for others, it is a short cut to success.

TOI traced eight such professionals who secured degrees from these shops and not surprisingly all are teaching at private engineering colleges. All of them have done their B Tech from proper engineering colleges but the change in AICTE norms making M Tech/PhD compulsory for teaching has resulted in a mad rush. 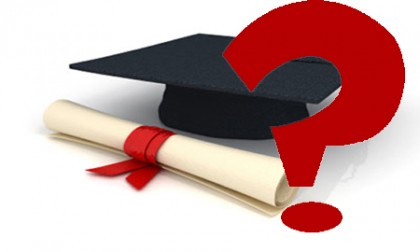 “I found no proper college here offering M.Tech. I was aware that getting a degree from here may not fetch me a government job but who cares when private teaching jobs are available in abundance,” said Rakesh Seth (name changed), a teacher at a private engineering college.

I enrolled in one course as it served my purpose of pursuing masters while doing job. “So I choose this path as it is difficult for a middle class family to study for 7-8 years at a stretch before earning starts. I completed my B Tech in five years, a year more than normal. It was not possible for me to study for two more years without earning,” added Seth.

However, he now lives in the constant fear that if his employer comes to know that his degree is not valid, he will be thrown out of his job. But he thinks that AICTE will crack down only on these fake universities rather than on students like him at least on humanitarian grounds. Most of the students are aware of such fake set-ups. They do it because of job requirement and eyeing promotion at a higher level.

Another factor which is fuelling this trend is social prestige. Many enrol with these fake universities with the sole aim to get some influence in their society and to marry from rich and influential families. “I belong to a farmer family and would have remained a farmer throughout my life. I was the first person from my family to become an engineer, a charm which I still enjoy,” said Goga Yadav (name changed), a farmer from Shahjapur who got his B.Tech degree in 2010 and earns his livelihood as a farm owner.