Danger signs of a diploma mill

If you’re worried that a private postsecondary school you are considering might be a “diploma mill,” here are some warning signs.

In general, the institutions are unaccredited, operate for-profit, grant academic degrees and offer substandard or minimal teaching, with little, if any, work or evidence of competency, said Steve Boilard, managing principal analyst for education at the Legislative Analyst’s Office.

Cailin Peterson, a spokeswoman for the Better Business Bureau serving northeast California, testified at a hearing to lawmakers in Sacramento Wednesday on the issue of diploma mills. 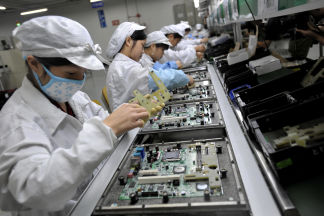 She provided the following warning signs:

Peterson told lawmakers the story of a man who was formerly in the military who was told that he could receive his bachelor’s degree without any studying because he had “life experience credit.”

The man was initially hesitant about the program, but was informed that his satisfaction was guaranteed and he could get a refund if he was unhappy. Ultimately, the man’s degree was not acknowledged by the company he wanted to work for, and he couldn’t get the job. He complained, but never received a refund.

“I use the Rolex watch analogy,” said John Bear, an author and expert on diploma mills. “If I offer you a Rolex for $10 and tell you it’s genuine, of course you have to know it’s fake or stolen. Well what if it’s $100, or $1,000? There is an in between ground where people might be partly fooled, but still, it has to be suspicious.”

Bear said one easy way to confirm if a school is legitimate is to contact a college registrar or counselor and ask them if they would accept transfer credit from a particular institution.

He also counsels people to be a little more skeptical of the degrees and diplomas others display.

“You go to your doctor, your therapist, your school principal whatever, and see a diploma on the wall, very few people will ask, did you really earn that?” Bear said, “or write to the school and say did so-and-so really earn that master’s in social work that I saw on her wall?”