Jaipur: In days when female foeticide or sex selection is the most debated issue in the society, a major gaffe on the part of the state government has been unearthed. 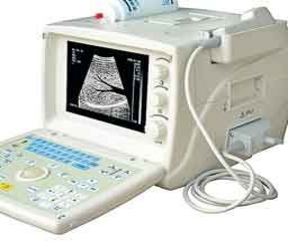 According to the Pre conception and Pre Natal Diagnostic Techniques (PCPNDT) (Prohibition of Sex selection) Act —1994, only a sonologist, imaging specialist, radiologist or registered medical practitioner having a post graduate degree or diploma or six-month training or one-year experience in sonography or image screening can use a sonography machine.

Such every practitioner who wishes to work under the constraints of the Act has to furnish certificates of his qualification which in due course is approved by the concerned Appropriate Authority. In Rajasthan, this approval is given only under the guidance of state PCPNDT cell. Two such applications were put forward to the Dausa subdivisional Appropriate Authority by Dr Hajari Lal Sharma on March 15, 2011 and Dr Sunil Gupta on July 19, 2010.

Both the doctors in their application forms furnished degrees that they have worked as house officer in the Radiology department of Lokmanya Tilak Municipal General Hospital and Medical College, Sion Mumbai. According to norms, the Appropriate Authority, Dausa sent the application forms to Hardayal Singh, head, state PCPNDT cell for guidance.

The state PCPNDT cell opined that permission can be given to these two doctors after which a letter number 2355 in this regard was issued by the health directorate to the Appropriate Authority, Dausa who subsequently issued permission to the doctors to run a sonography centre.

The sting operation aired by a private news channel showed that Sharma tried to obtain a similar permission on the fake certificate in Karauli. Soon after, Dr Hajari Lal Sharma went on indefinite leave and Dr Sunil Gupta resigned. This was revealed by Appropritate Authority, Dausa in an answer to a RTI query by Sunita Sharma.