A district trial court in the central province of Quang Binh sentenced Monday a preschool principal to two years in prison for trading in fake academic diplomas.

One of her teachers was handed a 18-month suspended sentence for the same conviction.

Nguyen Thi Tuyet, the principal, discovered in August 2010 that Tran Thi Hoai, the other indictee, had used forged academic transcripts and diplomas to secure a job at her school, which is located in Quang Trach District. 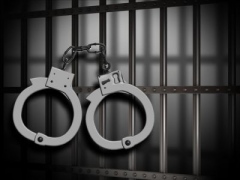 Hoai then admitted to Tuyet that she had bought them at VND10 million (US$480).

Instead of reporting the fraud to local authorities, the principal asked Hoai to buy bogus academic transcripts and diplomas for six other people, who were then hired as teachers by the school.

The court has decided to confiscate VND136 million ($6,530), which the two received to buy the intended qualifications, and to send it to the local state coffer.