Seven private educational institutions have been illegally offering courses, affiliating themselves with foreign colleges and granting degrees without authorisation, an inspection by the Ministry of Education and Training has revealed.

The ministry has released the names of these institutions, including universities, foreign language centres and specialised training schools. 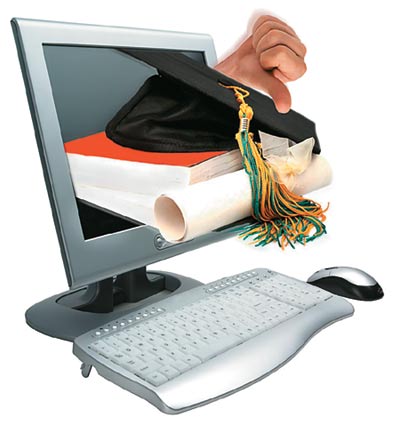 The HCM City-based CBAM, SIBME, FTMS and Melior have been conducting degree programmes without licences.

The Ha Noi Open University has been enrolling students for graduate programmes in co-operation with Australian Box Hill Institute of Technology although the co-operative agreement between the two schools has been invalid since late last year.

Hoa Sen University, in collaboration with French Vatel International Hotel and Tourism Management School, is offering bachelor’s degree in international hotel management, which has not been licensed by the ministry.

The IFA has been licensed by the HCM City Department of Education and Training to provide English language training, but the institute has enrolled students for a Master’s programme in business administration.

Deputy Chief Inspector of the ministry Pham Ngoc Truc said the ministry has required the seven institutions to stop all their illegal activities, including advertising, enrolling and training students in unauthorised programmes.

These schools would be fined for their violations accordingly, he said.

In terms of the benefits of students, Truc said the ministry’s Educational Quality Examination and Verification division has considered the recognition of degrees granted by the illegal training programmes to assure the benefits of graduates.

However, he said, these degrees might be refused by the ministry in worst situation.

For those studying at these violating units, the ministry has required the schools to refund tuition fees, he said.

About 900 students were reportedly studying at violating units.

The ministry’s International Education Development Department is sending a letter to the embassies of relevant countries to inform them of the companies’ wrongdoings.

Truc suggested that students should consult the legality of private schools on the ministry’s website www.vied.vn in which the names of licensed schools were posted on to avoid unexpected circumstances.