They say sooner or later, one’s past catches up, and so is the case with the policemen of Rawalpindi. As the police department verifies educational degrees and certificates submitted at the time of their hiring, the heat is being felt by officers across all ranks and service tenures.So far at least 40 policemen on ranks ranging from constable to inspector have been found to be guilty of submitting fake school certificates and college degrees. Departmental action has been initiated against them on the orders of City Police Officer (CPO) Rawalpindi Azhar Hameed Khokhar, and they have been dismissed from service. 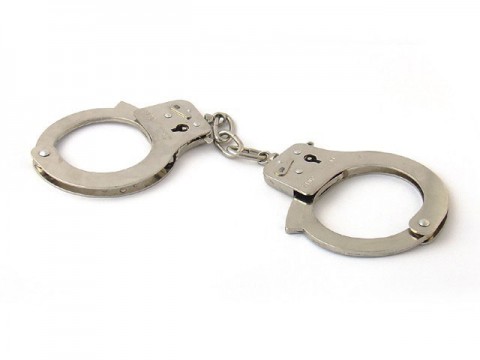 Furthermore, their cases have been forwarded to the Anti-Corruption Establishment (ACE) Punjab for further investigation for unfair means in gaining employment and receiving government benefits. Though the cases registered against 40 police personnel are non-bailable, their arrests have been deferred.

When Dawn spoke to the city police officer (CPO), he confirmed that verification of certificates and college degrees of all the police force, including himself, was in progress.

“It is unfortunate that members of the law-enforcement agency with fake degrees have been enjoying government privileges while highly-qualified young men were being denied jobs,” he explained, “We have been taking a lot of pressure – both political and non-political in this regard – but despite all that we believe that we should no longer encourage such people.”

He commented that transparency was the need of the hour: “Somebody has to come forward to check this menace and give the opportunity to deserving educated boys.”

CPO Khokhar added that those whose documents had been proven to be fake had been dismissed in line with the Punjab government’s directives, and their cases have been taken up by the ACE Punjab.

Meanwhile, the main concern of the dismissed police officials besides losing their jobs and perks and privileges that came with it, was the public embarrassment they’d have to face. Insiders say that some of the cops who had been dismissed from service appeared before the CPO and requested him to review their cases as they were nearing retirement. “Their appeals have been turned down,” said one police officer.Some other police officials (whose verification is pending) have decided to seek early retirement from the service rather than face an embarrassing situation if their documents were found to be fake. However, the decisions on early retirement cases have been deferred until the verification confirmations are received.

On the other hand, another police officer says that while the CPO is adamant on cleansing the police department from fake degree holders, he does sympathise with the families of the police officers who would face financial difficulties.

Critics of the verification process point out that the entire procedure has to be transparent and high ranking police officers should also go through it. “All those found guilty should be taken to task,” said one.

“Earlier, any candidate who applied for a job in the police was asked to get his educational certificates verified by hand and documents used to be handed over to him. It was up to him whether he got them verified genuinely or not,” said one police officer on the condition of anonymity. “This all changed after the recruitment was started through the service commission.”

Meanwhile, CPO Khokhar agreed that the responsibility had to be shared: “Both the police officers and clerical staffs are equally responsible for inducting such people with fake degrees because the verification of degrees could have been done at the time of recruitment.”

He did not rule out corruption factor in the recruitment of such police officials. However, while defending the investigations of high profile cases carried out by some of the police officials with fake degrees, he said: “It would not affect their investigations and other legal working they had been doing during their service.”