Most reports on the SMU police blotter are what you’d expect on a college campus — a stolen bicycle, underage drinking, drug paraphernalia. But every once in awhile, it’s a bit more unusual.

Take the most recent example — someone who printed off a bogus diploma and faked his or her own graduation, a few weeks after SMU’s real one. 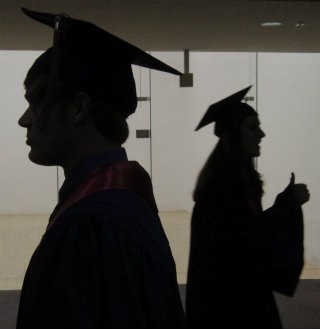 Here’s the complete SMU police summary, which was filed on May 31st:

120563 8:32 AM. Fraudulent,Substandard, or Fictitious Degree: SMU Police Department/3128 Dyer Street. A non affiliated person has forged a diploma, staged a graduation and changed the name on a student’s transcript. Open.

I reached out to Kent Best, a university spokesman, who said he couldn’t share more details — at least not yet. Here’s his email statement in full:

“The SMU Police Department is conducting an investigation that involves a person not affiliated with SMU, who has allegedly made a false claim of having graduated from the University. Because this investigation is open, there are no further details at this time. SMU takes this situation very seriously and will continue to pursue fact-finding on this matter.”

Best said he couldn’t recall any similar incidents occurring — at least not in the six years he’s worked for SMU.

H/t goes to Bradford Pearson over at Park Cities People’s blog, who spotted this intriguing item on the blotter.