A Hoke County woman has been sentenced to three years in federal prison for her role in a Medicaid fraud scheme.

Teresa Marible of Raeford was sentenced Tuesday after pleading guilty last year to one count of conspiring to commit health care fraud. 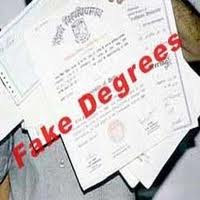 Prosecutors said the 44-year-old Marible bought a fake diploma and academic transcript online to help represent herself as a licensed provider of behavioral and mental health services, despite having failed the licensing exam five times.

With the assistance of two co-conspirators who were also charged, Marible filed bogus service claims to Medicaid totaling more than $1.1 million. As part of her sentence issued Tuesday, Marible is ordered to repay the government for the stolen money.