The name of the website leaves little to the imagination – college-degree-fast.com.

If that wasn’t clear enough, big red letters in the middle of the home page say, “Accredited College Degree In 7 Days!”

And, just to show how easy it will be to get a degree of your very own, the site also promises, “NO ATTENDANCE, NO TESTING, NO STUDY, NO EXAMS.” 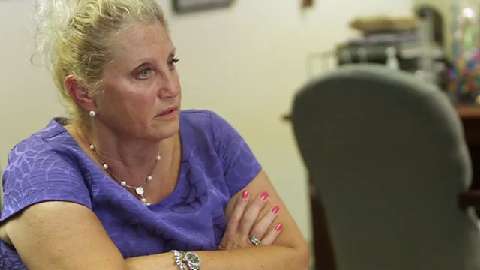 After completing a brief online application and paying a small fee, the site offers applicants a degree of their choice from any of several “universities.” One of those institutions is Westfield University, where Pencader High School leader Ann Lewis said she received her PhD.

The experts agreed that all of them look like classic examples of degree mills, churning out academic credentials like an assembly line on a factory floor.

The revelations about Lewis’ credentials, they said, serve as another reminder of why it’s important to verify academic credentials and that degree mills remain a pervasive problem.

Last month, Yahoo ousted its CEO, Scott Thompson, who claimed a computer science degree he hadn’t earned. In 2007, Marilee Jones, a dean at the prestigious Massachusetts Institute of Technology, stepped down for falsifying her academic accomplishments.

The digital age has added a new wrinkle to the world of academic fraud by giving people easy access to fake diplomas. College-degree-fast.com also offers a host of other products, including transcripts that, for an additional fee, can be “Legalized or Apostilled from US Department of State in Washington DC. Also Notarized,” the site reads

“You’re not getting an education. You’re getting a diploma,” said Mark Kantrowitz, publisher of fastweb.com, an online guide for prospective college students and their families. “You pay the fee and you get the diploma and you put it up on your wall. You could get your cat’s name on it.”

While degrees from a mill are easy to obtain, recognizing one requires a slightly more watchful eye. College-degree-fast.com tells users it makes every effort to conceal the true nature of the “degrees” it awards.

“No Bad Press Online,” the site’ reads. “Your University will not be on any ‘Mill List.’ ”

The universities affiliated with college-degree-fast.com each have their own websites – coded in such a way that they don’t appear in Google searches. The user is emailed links to the schools only after purchasing the degree (made-to-order caps and gowns are also offered for sale).

The picture of Westfield’s president is actually an image of a model taken from a stock photo website. Accompanying the photo is “a note from the president,” which is the same as text used in an online directory of graduate degree programs.

But the most obvious red flags for Westfield’s site are the lack of any listed addresses or contact information other than a fax number and an email address that bounces back as undeliverable, experts said. Westfield also claims to be accredited without saying by whom.

“It’s always suspect when you don’t say who accredited you,” said Mike Reilly, executive director of the American Association of Collegiate Registrars and Admissions Officers. “That’s something you usually want to emblazon prominently on your website.”

Only 45 percent of employers verify the educational background of new hires, according to a recent survey conducted by the Society of Human Resource Management. The statistic is surprising given how easy it is to verify degrees and the accreditation of the institutions awarding them.

The U.S. Department of Education and the Council on Higher Education Accreditation maintain free databases listing every reputable college and university with recognized accreditation. The Distance Education and Training Council also has a separate list of accredited online programs.

Verifying degree credentials of an individual applicant is accomplished by simply calling the person’s alma mater and providing basic information, such as a name, degree and year of graduation.

“It’s a standard practice that the registrar’s offices at colleges and universities would be able to confirm,” said Jeff Palmer, registrar at the University of Delaware. “While students can restrict their institution from releasing their information, very few select to do so. Alumni can also request an official copy of their transcript, which can be sent directly to the employers.”

For those who don’t want to perform the legwork on their own, the National Student Clearinghouse offers an online degree verification program, available for a fee.

Employers would be wise to take the extra step to check an applicant’s degree because degree mills are a persistent problem that aren’t going away, said Allen Ezell, a retired FBI agent who has investigated and researched degree mills for more than 30 years.

“It’s a big, money-making business,” Ezell said. “And no one’s doing much about it is the sad thing.”

A bill was proposed in Congress earlier this year in an attempt to crack down on degree mills, but it did not make it out of committee. A few states have attempted to tighten regulations on degree mills offering credentials to students within their borders.

Hawaii sued several degree mills operating in its territory in 2004. In Oregon, applicants must make full disclosure to an employer if they have a degree from an unaccredited school. It also keeps lists of phony institutions to prevent companies or would-be students from getting fooled, said Jennifer Diallo, director of the state’s Office of Degree Authorization.

“Using a fraudulent degree or an unaccredited degree is really a violation of public trust, especially when it’s someone that’s in the education sector,” she said. “How can you hold a position of responsibility in education with a fake degree? You’re expected to uphold the quality of education in the state, and you have a fake degree.”

Aside from dubbing potential employers, Diallo and other experts said diploma mill credentials cheapen the value of degrees earned from legitimate institutions.

“Someone claiming a fake degree undermines the real work people do to earn their degree,” Diallo said. “A degree is a public credential. If someone applies and says they have a certain degree, you expect a certain level of education and expertise.”

Many institutions will offer different types of doctoral degrees, most of them professional doctorates. Attorneys are awarded a juris doctor, for example. Many school principals and superintendents hold doctor of education degrees. During her time at the University of Phoenix, Lewis completed about half the requirements to earn a doctor of management, according to officials at the school.

But a PhD, which is an abbreviation for a doctor of philosophy, is considered the pinnacle of academic achievement. It can be awarded in subjects ranging from history to engineering. But regardless of the field, they all require several years of dedicated work and, in many cases, personal sacrifice. Before getting approval to start their dissertation work, PhD candidates must appear in front a panel of scholars to make an oral presentation and undergo rigorous questioning about the project they plan to pursue.

They then must perform independent research and publish findings that make an original contribution to their field of study, Reilly said.

Ezell, the retired FBI agent, has purchased 52 degrees since 1980 in the course of his investigations and research. He recent co-authored a book about his experiences – called “Degree Mills: The Billion-dollar Industry That Has Sold Over A Million Fake Diplomas” – because in his view, the public still doesn’t have enough awareness of this issue. “The bottom line today is any academic credential you see, check it out,” Ezell said.