International students hoping to come to the United States to pursue a degree are being lured by “sham schools” in the U.S., said Janice Jacobs, assistant secretary for consular affairs at the U.S. Department of State, in a presentation Thursday.

Jacobs discussed student visa issues to begin the second day of the State Department’s three-day EducationUSA Forum, which brought together national and international education advisers to discuss ways to promote the United States as a study destination. 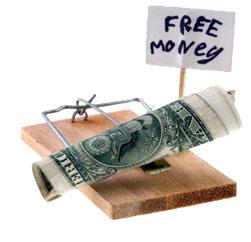 Consular officers handed out 910,000 exchange and vocational study visas in 2011, and more than 81 percent of applicants in those categories received visas — many of them within a few days, she said.

Jacobs assured administrators that officers don’t reject visa applications if they don’t recognize the name of the college to which the visa applicant has been accepted. She said applications are evaluated based on the applicant’s reason for studying in the United States, what his or her goals are, and how he or she expects to achieve those goals.

But even though officers can’t show bias against less-familiar American colleges, they are told to look out for fake ones.

Five countries — China, South Korea, Saudi Arabia, India and Japan — sent the most students to the United States last year, Jacobs said, adding that officers in China and India especially are on the lookout for students who have been deceived by sham schools.

“At some of our China posts, we have seen an increase in the number of students caught up in fraudulent schemes,” she said, adding that the State Department is engaging in outreach to help international students recognize predatory fake colleges. State Department officials were not able to comment Thursday about specific types of outreach.

This is not the first time these kinds of shams have been discussed — a fake university based in California made headlines last spring for enrolling more than 1,500 Indian students and enabled them to obtain U.S. visas even though they weren’t studying there or even living nearby.

Renuka Raja Rao, the country coordinator for EducationUSA in India, said some students expressed frustration with the short visa interviews they experienced, describing them as “brusque” and “terrifying.” But Jacobs said the majority of Indians who apply for student visas receive them, and officers apply extra scrutiny to guard against sham school situations and ensure that students aren’t being duped.