To combat increasingly rampant plagiarism in college, the Ministry of Education published a new draft regulation against academic fraud, but education experts doubt it will be effective.

On Monday, the Ministry of Education published an interim regulation against academic fraud on its website, and is soliciting opinions from July 16 to Aug 16. Comments and advice will be received at the ministry’s 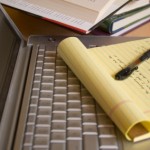 According to the regulation, an applicant will be deemed ineligible for an academic degree if he or she is discovered hiring ghostwriters, plagiarizing, or being involved in any other form of academic fraud.

The regulation also requires colleges not to grant diplomas to those students within three years after they are caught cheating.

But some doubt the regulation will work.

“Although the ministry’s intention to combat academic fraud is good, I highly doubt the regulation’s feasibility,” said Zhang Ming, a professor at Renmin University of China and an education columnist.

“First, the computer detection system will not find all the plagiarism because one can easily avoid detection by modifying the wording of what they copied from others, so we seldom use the computer system in practice,” Zhang said.

“Second, those papers written by a ghostwriter are not likely to be found unless the ghostwriters report the situation themselves, which is unlikely,” he said.

In recent years, more colleges have introduced computer software to detect academic fraud. The software compares contents of a student’s paper to all published articles included in a database, and the college will allege that a student is cheating if 30 percent or more of the contents of his/her paper coincide with articles in the database.

According to a report on China National Radio, more than 60 colleges in Beijing had this kind of software in June, and about 550 colleges nationwide are using software developed by China Knowledge Resource Integrated Database, one of the most authoritative academic research databases in China.

But ghostwriting services apparently aim to beat the software.

“The price is 240 yuan ($37) for 1,000 characters, if you do not require the plagiarism rate. But it will be higher according to the plagiarism rate you require,” said a staff member at a ghostwriting service surnamed Zhao, who refused to give her full name.

A China Daily reporter pretended to be a potential client of Zhao’s agency, a website called Chengxin Lunwenwang, which literally means “the honest-thesis website.”

A client pays half the cost upfront, and the rest after the paper passes the review.

“We can guarantee the quality. If the paper fails, we can even return the deposit,” she said.

Also, Zhao said, the company can help clients publish their papers in academic journals, at a price from 1,300 yuan to 6,500 yuan per page.

In addition to ghostwriting services, fraud-detection software also sells well on the Internet. When you search the keywords “paper detection” on Taobao, a Chinese online marketplace, you will get 2,519 related results.

“Most people I know will check their paper before they hand it out, including me,” said an undergraduate student surnamed Lin, from the Northeast Normal University who does not want to be identified.

“The legitimate software is too expensive more than 1,000 yuan but you only have to use it once. So some of us share the expense to buy the software, while others buy the service from the Internet,” she said.

“The ministry’s new regulation is good that at least the stricter regulation will make people think a postgraduate diploma really has some value.

“But my worry is that it is not quite possible to figure out which paper is written by a ghostwriter.