HUNDREDS of Malaysians have reportedly bought fake university degrees from scam artists in a multimillion-ringgit business. 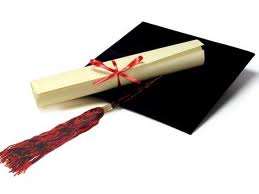 Such scams are unlike others because the fake graduates had willingly and knowingly purchased counterfeit material.

Their purpose, presumably, is to trick prospective employers, business partners or legitimate educational institutions, ultimately the victims of such scams.

Police have been looking for 525 of these “con”-sumers but as expected, only a few have responded. They must know that their own status is closer to that of accomplice rather than victim.

Nonetheless, police are confident that their statements will be obtained, if necessary, through use of Section 111 of the Criminal Procedure Code. Since police have their databases, their names and fake qualifications may also be publicised to inform their associates and the relevant institutions.

Police action has not come too soon and could also have come earlier. One of the fake universities, Britain’s “Glastonbury University”, was revealed in a British press report last September which found “con artists from Malaysia had invented” the university to cheat students.

British professionals had known about the scam about a year now, with British authorities subsequently contacting the FBI to investigate.

Malaysian police may want to work with Interpol or their other foreign counterparts in helping with investigations.

Such scams are bad for Malaysia, Malaysian institutions and Malaysians, since legitimate students, graduates and educational establishments can be tainted in the process. The scams are also bad for any other country involved, along with the image and stature of their institutions.

Information technology has unwittingly made it easier to forge academic qualifications from institutions both real and imagined. And as we have seen, the same process of criminal forgery covers not only fake degrees and universities, but also fake accrediting authorities.

But IT also helps in tracing and identifying the perpetrators. There can therefore be no excuse not to net these scoundrels while also putting in place adequate safeguards against future scams.

Although in some respect these may seem like victimless crimes, they actively market non-existent skills, undermine educational pursuits and damage the reputation of legitimate graduates and educationists. Let’s weed them out for good.

This artilce originally appeared on The Star