Bulgaria is the leader in education in Southeastern Europe even after 22 years of chaotic transition from communism to democracy.

The statement was made Monday in an interview for Nova TV by Education Minister Sergey Ignatov, commenting on the decision of neighboring Turkey to suspend its recognition of Bulgarian university and college diplomas. 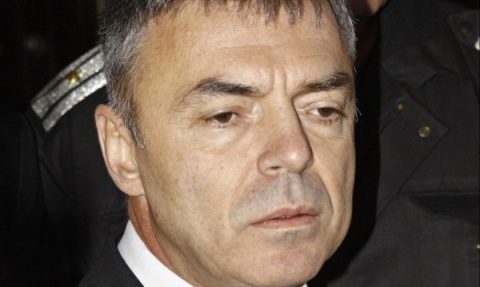 Turkey suspended the recognition of Bulgarian-issued college diplomas for an indefinite period of time over forgery suspicions.

Initially, Ignatov announced that the problematic diplomas were forged by Turkish citizens, but now he only reiterated that the scandal was triggered by some business interests such as Turkey attempting for years to become the educational leader in the region.

Foreign students from non-EU countries pay on average EUR 3 000 to 8 000 to study in Bulgarian universities and colleges, he explained, adding in the last years universities have been opened in almost all regional centers in Turkey, and the investments have been huge.

“I fully understand the ambitions of our southern neighbor, but nevertheless, Ankara’s decision, in the light of Turkey trying to become member of the EU, seems strange,” the Minister stressed.

At the end of July, on grounds that forgery of exam marks and college diplomas has reached the dimensions of organized crime in Bulgaria, Turkey advised all of its aspiring university students to refrain from applying for Bulgarian schools.

The decision was made by the Turkish University Education Council, the institution accrediting foreign diplomas.

Its official site notes that documents of students from Bulgaria will no longer be legalized. It further warns transfers from Bulgarian colleges to Turkish ones are not being accepted, while the documents of those who have applied for accreditation will be put on hold.

Ignatov now says “things will return to normal as soon as the enrollment process is over.” He explained that he has sent a letter to Deputy Prime Minister and Interior Minister, Tsvetan Tsvetanov, listing all facts surrounding the fake diploma scandal.

The Council of College Presidents is prepared to fully assist the authorities in probing the case.

When the news emerged in July, Bulgarian university and college presidents asked Bulgaria‘s Foreign Ministry to send a protest note to Turkey, and to refer the issue to the EU institutions since, in their words, the suspended recognition of Bulgarian diplomas by Turkey is a “violation of the European educational space”.

Ignatov did not rule out Bulgarians’ involvement in the forgery of university diplomas, and promised that those responsible for the crime will be punished.

The Bulgarian Education Ministry further intends to send a delegation of experts to Turkey in order to convince the Turkish authorities that it has a mechanism for verifying the authenticity of Bulgarian university diplomas, and that Turkey does not need to suspend their recognition.

Ignatov has claimed that the Bulgarian authorities have very little official information about the Turkish decision.

Meanwhile, new measures are in place to better protect Bulgarian diplomas such as special stickers and scanning and uploading the documents on the site of the Education Ministry.

This article originally appeared on novinite