A list of more than 2,000 officials working on fake educational degrees and certificates has been prepared by the Pakistan International Airlines (PIA) management with a view to removing them from service, well placed sources confided to The Nation on Saturday. 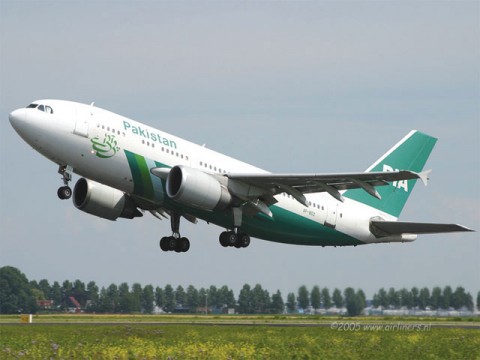 The sources claimed that, in the first phase, PIA Chairman Rao Qamar Suleman fired First Officer Jahanzeb and Pilot Hanif whose degrees were found fake after proper inquiry and personal hearing. Also, two pilots Shayan Haqqi Shahid Manan, operating on A-310 and B-747, respectively, have allegedly voluntarily left the PIA after they were summoned to appear before the chairman for clarifying their position regarding fake degrees.

An officer of the airlines said on condition of anonymity that another 10 pilots were also employed in the PIA on fake degrees. “We have started verification of the degrees of the officials serving in the PIA since 1970,” a senior officer confirmed. He said after the verification process and personal hearing, officials would be terminated from service and action would be taken against them under criminal proceedings.

Sources in the airlines further disclosed that certain officers who were serving against fake degrees had managed to get the same removed from the record of the Human Resource Department. Some of the pilots who had got job in the airlines on the basis of genuine Matriculation certificates later submitted fake certificates of Intermediate when in hot waters.

These pilots viewed that their certificate of Matriculation was original and they were willing to surrender the fake certificate of Intermediate, but the management opined that action would still be taken against them.

The sources claimed that because of the poor health of the PIA chairman, the process of personal hearing and termination from service of the fake degree holders had been temporarily halted; but it would start again as soon as he joined the office.

All the fake degree holders are backed by political entities and influential circles. Answering a question that whether those circles will influence the process of termination of PIA officers, the sources said this hardly mattered since the parliamentarians themselves were being de-seated on the orders of the Supreme Court of Pakistan.

Interestingly, the PIA management has promoted four such officers serving at the Lahore station from Group-6 to Group-7 whose educational degrees were challenged by their colleagues in the Lahore High Court (LHC) while the case is still under proceedings. It is worth mentioning that the LHC had issued notice to the PIA managing director a year ago and asked him to submit a report on the promotion of seven officers to the next grade on fake degrees.