Early in September 2012, a story published on the Michigan Live website at Mlive.com revealed that experts said a $22.7 million judgment for more than 30,000 plaintiffs in federal class-action lawsuit against a suspected ‘diploma mill’ offering worthless education credentials would have only a small effect on the billion-dollar international Internet business of “life experience degrees.” 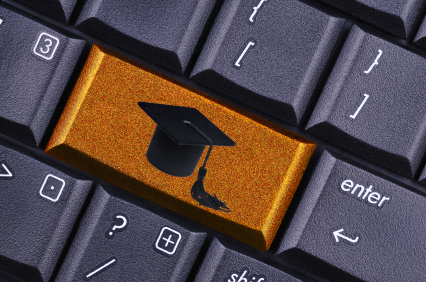 Mlive.com reports the lawsuit originally brought against a Pakistani businessman and his companies Belford High School and Belford University in 2009 by a Flint, Michigan woman alleged that the school offered students supposedly accredited high school diplomas that were not accredited by legitimate accreditation agencies and therefore not valid. The defendant was eventually ordered to pay $22,783,500 reflecting the $249 price of each diploma sold times the 30,500 plaintiffs – U.S. students who purchased Belford diplomas from 2003 up to the lawsuit – multiplied by three pursuant to damages.

According to experts in the MLive.com story, the diploma mill business is booming. A former official on the Board of Directors for the Council for Higher Education Accreditation (CHEA) said “there are close to 200,000 fake degrees being sold every year, with the majority of those – at least 100,000 – coming in the U.S.” An FBI agent for 35 years who was once the head of the task force charged with disbanding diploma mills and who co-authored a book on degree mills called the business “a billion-dollar industry that has sold over a million fake diplomas.”

As reported earlier in the ESR News blog ‘New Report Reveals 48 Percent Increase Worldwide in Diploma Mills in Past Year,’ the second annual Accredibase™ Report for 2011 revealed a 48 percent increase worldwide in the number of known fake diploma mills – described in the report as “largely online entities whose degrees are worthless due to the lack of valid accreditation and recognition.” The United States was the world’s fake college capital and saw a 20 percent increase in known diploma mills.

According to Attorney Lester Rosen, Founder and CEO of background check firm Employment Screening Resources (ESR), ‘diploma mills’ create a danger to employers since educational achievement can tell an employer a great deal about a job applicant’s ability, qualifications, and motivation. “Many employers feel educational credentials and qualifications are an important part of their decision making process in hiring and are a critical factor in predicting success on the job,” says Rosen. “For some positions, education is a prerequisite in terms of subject matter knowledge or appropriate license for the job.”