A top manager for the Port Authority has been fired after an investigation into the validity of college degrees listed on his resume. 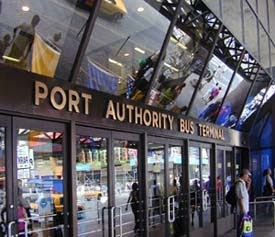 Alpert said he had a bachelor’s and master’s degree from LaSalle University in Louisiana. The now-defunct distance learning school was closed after its founder was jailed on federal fraud charges in 1997.

The former Bergen County Sheriff’s attorney has denied that his degrees came from a diploma mill.

Alpert was suspended with pay last month. Gov. Chris Christie appointed Alpert to the $110,000 a year position in 2010.

This article originally appeared on dailyrecord