Fake engineer and a deadly building

THE former construction manager of the deadly Canterbury Television building stole the identity of a professional engineer and faked an engineering degree, it can be revealed.

Gerald Shirtcliff, now 67, supervised the construction of the CTV building, which was finished in 1987 and collapsed on February 22 last year, killing 115 people when Christchurch was hit by an earthquake. 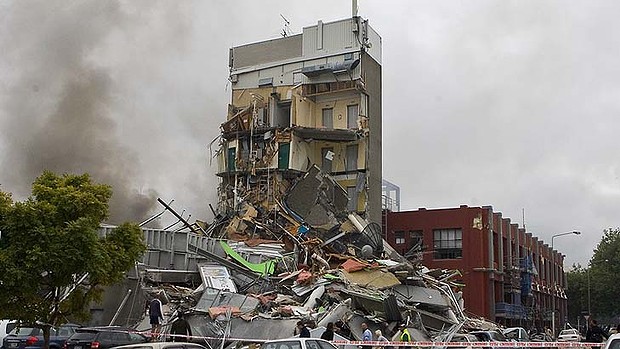 The royal commission into the Canterbury earthquakes has been told of a number of construction defects in the building, although Mr Shirtcliff denies he had much to do with the site

In evidence to the inquiry last month he claimed to be a ”graduate engineer” and had been a supervisor on construction projects in South Africa. Inquiries by Fairfax suggest these assertions are misleading.

In 2005, Mr Shirtcliff was sentenced to 20 months’ jail for forging GST receipts to make it appear that his failing automotive business was thriving. A Christchurch family was cheated of about $300,000.

An investigation by Fairfax Media shows that in 1970 Mr Shirtcliff stole the identity of an English engineer called William Anthony Fisher, with whom he worked in South Africa in 1968 and 1969.

Mr Shirtcliff has lived in Australia as William Fisher for more than 25 years. He has a spacious home in Brisbane, a late-model Mercedes and a $200,000 motor launch.

When Mr Shirtcliff left South Africa in late 1969 to settle in Sydney, he took on Mr Fisher’s identity, including his birthplace, birthdate and his bachelor of engineering degree from the University of Sheffield.

Mr Shirtcliff used the real Will Fisher’s bachelor’s degree to gain entry to a masters program at the University of NSW in 1971 and, in 1972, to become a member of the Australian Institute of Engineers. He was awarded a master of engineering science in highway engineering in April 1974.

He later worked as an engineer for a Sydney firm, then called MacDonald, Wagner and Priddle (to become Connell Wagner and then Aurecon), before returning to New Zealand in the mid-80s to work under his Shirtcliff name.

Mr Shirtcliff used his new identity on company documents and to try to avoid extradition to NZ on the fraud allegations. He spent a week in a Brisbane jail in 2003 before conceding he was Gerald Shirtcliff.

The real Will Fisher, now retired and living in England, said he was shocked after Fairfax told him about the theft of his identity. He said he received his engineering degree in 1967 after three years’ study at Sheffield University. During this time Mr Shirtcliff was still in New Zealand. Will Fisher said he was born in Hong Kong in 1946. (Mr Shirtcliff was born in Wellington in 1945).

Mr Fisher, who became a chartered engineer in London in 1974, remembered Mr Shirtcliff as a colourful, somewhat mysterious character who told lots of stories. Mr Fisher said he had no memory of Mr Shirtcliff – who was a ”junior technician” in the firm’s design office – supervising a construction project.

”I joined in February 1968 and left in July 1969 to return to England to get married. We shared a flat over the last six to eight months of that period. Gerald was still in Pretoria when I left and I have had no contact with him since.”

Mr Shirtcliff did not want to talk to Fairfax when approached at his Brisbane home last month. Fairfax later attended a meeting with his lawyer David Tucker. Mr Shirtcliff, on advice, declined to answer questions.

In subsequent correspondence through his lawyer, Mr Shirtcliff maintained he had an engineering degree from Sheffield University. He denied misleading the commission and said he changed his name by deed poll in Australia 40 years ago.

The change was prompted by a family rift, he said.

He denied any of the wrongdoing suggested by Fairfax and threatened to sue if it published the allegations.

In 2009 Mr Shirtcliff was employed as a contractor by the global engineering consultancy WorleyParsons in Brisbane.

Information that Fairfax gave WorleyParsons prompted the firm to launch an immediate investigation, which led to the ”termination of his [Shirtcliff’s] relationship with the company” last month. The firm was reviewing all his work.

On learning about the allegations, Sedgman began inquiries and stopped his contract.

Engineers Australia, which oversees the registration of engineers, has begun an investigation, as has the University of NSW.

A spokeswoman for the university said that if the allegations proved that a degree had been obtained by using false documents, the degree would be cancelled.