A South Carolina woman has admitted to working as a nurse and nursing instructor for the past 27 years despite having never earned a nursing degree.

Investigators with the State Law Enforcement Division say Denise Lynn Lollis has been working as a nurse in Anderson County without a license since 1985. 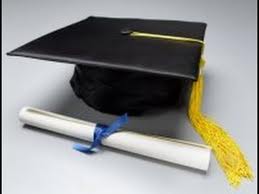 Her arrest warrant says Lollis voluntarily wrote a statement to SLED where she admitted she provided counterfeit licensing documents to her employers, AnMed Health and Tri County Technical College, where she was a nursing instructor.

The affidavit states the South Carolina Department of Labor, Licensing and Regulation did confirm the licensing numbers Lollis used were not hers and that she was never issued a nursing license.

Her position was lab coordinator for licensed practical nursing

Eidson would not say whether Lollis resigned, or was fired.

She also would not say if her departure stems from the arrest.

Lollis was hired at the college in 1991.

One of her former students says that Lollis’ arrest devastated her and she says that she does not want to believe Lollis did anything wrong.

She said, “I don’t condone it, but I knew the skills she had, I knew the type of person she was as far as being a nurse and being a good human being and trying to help people succeed.”

AnMed released a statement on Lollis, which said “…all nurses must produce a valid nursing license each year to continue employment in the health system. When Denise Lynn Lollis was unable to produce a valid license earlier this year, AnMed Health contacted the appropriate authorities, thus starting the investigation into Ms. Lollis’s licensure.”

“Ms. Lollis, who had been working on an as-needed basis, was pulled from patient care as soon as questions arose about her licensure.

Her employment at AnMed Health officially ended May 30, 2012.

AnMed Health has cooperated fully with this investigation and will continue to be vigilant in our efforts to ensure employees are qualified to perform the duties they are assigned.”

This article was written by Parul Joshi  and originally published on