A court in Peshawar on Wednesday issued an arrest warrant for Khyber Pakhtunkhwa Minister for Sports and Tourism Syed Aqil Shah for submitting a fake graduation degree during the general elections of 2008, DawnNews reported.

The warrant was issued by the court of district and sessions judge during the hearing of a complaint filed against the minister, elected on the ticket of the Awami National Party (ANP), by the regional election commissioner (REC). 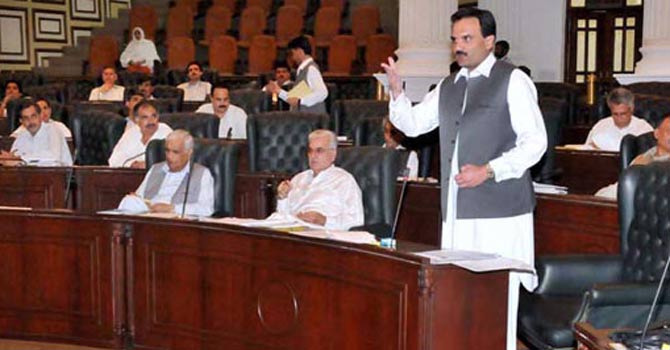 The REC had requested the court that as a case of commission of corrupt practice had, prima facie, been made against the minister, action may be taken against him in accordance with law.

During today’s hearing of the complaint against him, Shah failed to appear before the court upon which an arrest warrant was issued against him.

The court moreover directed the minister to appear before it on Nov 20.

If convicted, Shah could be sentenced to up to three years imprisonment.