A candidate for a crucial Washington state Senate seat has been exaggerating his education credentials, suggesting on his website that he has university degrees even though he doesn’t have any.

Republican hopeful Brad Toft described himself on his website materials as a graduate of Seattle Pacific University and as having an “executive degree in finance” from the University of Washington. 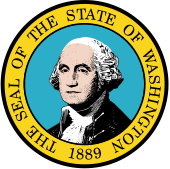 Seattle Pacific University says Toft attended but did not graduate. His University of Washington “degree” was actually a certificate he received for completing a three-day seminar on finance in 2005, and Toft’s name does not appear in the university’s degree verification database.

Toft said the SPU description, which was prominent on his website biography, was an error by an intern. It was corrected after an Associated Press reporter questioned him about it.

Toft said he took the UW course through an employer and that it involved intensive study. He received a certificate with a UW logo that confirms his completion of the three-day course through the university’s “executive programs” division. The document is signed by the dean of the UW business school but does not suggest that it’s a degree of any kind.

“It’s not a degree-granting program,” said Andrew Krueger, a spokesman at the University of Washington’s Foster School of Business.

Political leaders from both parties are closely watching Toft’s 5th District race because the outcome could determine the balance of power in the Senate. The district covers parts of eastern King County, such as Issaquah and Maple Valley.

The AP previously reported that Toft tried to seal court records from a past case shortly before he emerged as the only Republican in the race. In his letter to the court, Toft seemed to suggest he wasn’t the same person cited in the court files, saying he shared a name with one of the parties but arguing the “specific identity of the defendant is unclear.”

In trying to get the records made private, he said the files might damage his reputation. He had been sued by College Pro Painters in 1995 for failing to make payments to the company, and about $4,000 in Toft’s wages were garnished as part of the lawsuit, according to court records.

Toft later acknowledged he was the person in the case and said he was checking to see whether an old judgment could be vacated.

This article originally appeared on nwcn