He was in his 50s and had years of experience as a general manager in a big company. He was respected by his colleagues and subordinates and even had the prefix “Dr” to his name.

No one dared or cared to ask for his credentials or qualifications as he had moved into the big league. 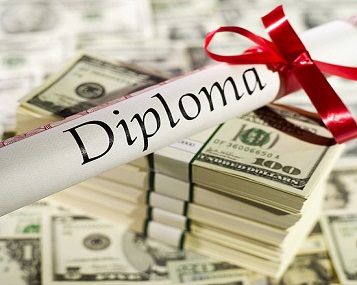 While he was still riding high, there came the offer from a bigger company who was looking for someone to fill in the post of chief executive officer.

The general manager accepted the offer and that was his undoing. Unknown to him, the new company sent his resume and his certificates to a company which specialises in screening job applicants for multinational companies and large banks.

The report that came out from the screening company was damning — the general manager had never studied at a well-known university in the United States as he had claimed, nor did he graduate with a PhD. His certificates were all fakes. Embarrassed, the general manager resigned and went into hiding.

This true report was related to the New Straits Times by Verity Intelligence, the only company in Malaysia which screens prospective employees for multinational companies and banks.

Its founder, Mark Leow (below) said with the employment market getting increasingly competitive, job seekers are resorting to using to fake degrees and certificates to find employment. His company detects an average of five applications with fake degrees or certificates every week. This adds up to about 20 fraud cases out of 2,000 applications per month.

Based on a 2009 KPMG-Malaysia Fraud Survey, 49 per cent of local companies have experienced fraud and 84 per cent of fraud were committed internally. “It’s a very real problem,” Leow said, adding that his pre-employment screening company initially weeded out applicants with shady or criminal background.

“In recent times, however, the problem of fake degrees or certificates, have begun surfacing regularly. The problem is snowballing. The applicant’s past indiscretions may be an indicator of future behaviour, especially in the criminal context.”

He said the rise in such fraud has created the need to ensure that candidates are who they claim to be. He said checks can be done easily, provided they have the applicant’s permission to carry out an investigation.

Leow said with the technology, home printers and the Internet, anyone can be “highly educated overnight”. He related another incident where a man faked his Sijil Pelajaran Malaysia results.

“We found that the results were from a girls’ school,” he said.

Leow was commenting on the cases following an incident lately where a man, armed with fake degrees found employment as a lecturer in a popular local university.

Three years later, he applied, and landed a plum posting in a government agency in Putrajaya. The man from Penang, however, bragged about his high-paying new job to his former colleagues at the university.

The former colleagues decided to check on his background and discovered that his degrees and certificates were all fakes. They subsequently lodged a police report.

The man was arrested and police discovered that he printed the certificates in his house in Penang.

This article originally appeared on malaysiandigest