Most cops are diploma mill graduates

Bartolome’s retirement day falls  on March 16 next year, his birthday, when he shall have reached 56, the mandatory retirement age of military and police officers. 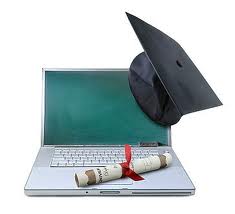 Since there is no hurry in replacing Bartolome, perhaps the President has plenty of time to mull over Bartolome’s replacement.

P-Noy should forget friendship and past camaraderie in favor of qualification in choosing the next PNP chief.

Apart from being the former aide of P-Noy when he was a young man, PNP Deputy Director General Purisima has no other claim to fame.

When he was director of the National Capital Region Police Office (NCRPO), Purisima did nothing but stay at his air-conditioned office in Camp Bagong Diwa, Bicutan, Taguig City.

Observers say that because Purisima spent most of his time in the office, the  crime incidence in Metro Manila tripled and abusive cops increased in number.

In contrast, in his two months as NCRPO chief, Director Leonardo Espina has considerably brought down the crime rate in the metropolis and put fear in the hearts of abusive cops.

Why has Espina done the seemingly impossible task of decreasing the number of  crime incidents in Metro Manila?

Because he has pulled out cops from their office duties and assigned them to patrol the streets.

Each barangay in the metropolis has at least two policemen assigned to it to help village officials and barangay “tanod” (watchmen) monitor the activities of petty criminals in the neighborhood.

Citizens who have been aggrieved by abusive cops can go directly to Espina to file complaints; this did not happen when Purisima was Metro Manila police chief.

As I have said in an earlier column, the PNP needs a  disciplinarian, as strict as a Marine drill sergeant, for its members to become disciplined.

I think we have the most undisciplined police force in the world.

This early, Espina  has made Metro Manila policemen, the most undisciplined in the country, toe the line.

If Espina can discipline the most undisciplined of the lot, just think what he can do to the entire  PNP force.

When P-Noy’s term expires in 2016, he can leave a legacy behind  of having a disciplined PNP. That is, if he appoints Espina instead of Purisima as its chief.

I hate to repeat myself, but one reason for the indiscipline within the PNP ranks is the requirement that its lowest-ranking member should be a college graduate.

A college graduate, because of his “high education” (kuno), finds it hard to do what he considers menial jobs such as patrolling the streets on foot.

He thinks he’s being placed in the same category as that of street sweepers and traffic aides when he’s out there in the streets.

During my father’s time, troopers in the Philippine Constabulary (forerunner of the PNP) were more disciplined and, therefore, more efficient than their present counterparts when they were only high school and even elementary school graduates.

Why? Because they had nothing to brag about by way of educational attainment.

But what have the present PNP rookies got to brag about since most of them are graduates of diploma mills, anyway!