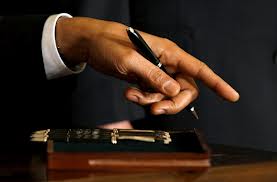 According to Olugbodi, about 33 percent of applicants present forged credentials, submit fabricated, exaggerated and misleading CVs just to become employable.

“Certificate forgery has gained ground because the Nigerian society places too much priority on certificates, thus the need for background checks during recruitment,” Olugbodi said.

Citing instances of doctors, bankers, lawyers, engineers, among others, that have forged certificates to get jobs, Olugbodi told youthng.com that certificate forgery is not gender sensitive.

“In the course of our checks, we have had cases of women who begged my employees to have sex with them just to pervert the truth,” he revealed.

“That is little compared to people that have threatened and harassed us during the course of our investigation. Background check is not a witch-hunting thing. It is meant to corroborate whatever you say you are,” he added.

He said about 10 percent of most companies’ workforce has tainted backgrounds or such tendencies. He advised Nigerians to “keep it real and let the certificate remain what it is.

“If that certificate is a third class, leave it the way it is. More organisations are making background checks on new recruits. When they find out that you are fake, you won’t have any excuse.”

He also cited cases of people that didn’t go to school at all but forged certificates just to gain employment.

It has been running background checks on people and institutions for the past eight years and currently partners with several banks, oil and aviation firms during recruitments.

This article originally appeared on pmnewsnigeria