High school degrees from diploma mills are on the rise in Kentucky, in large part, due to lax state regulations. 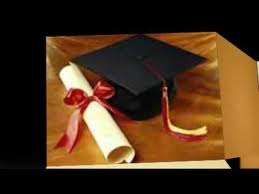 Every year, thousands of students drop out of Jefferson County Public Schools before they graduate.

Without a degree, their prospects of success are limited, since most employers, colleges and branches of the military now require a diploma or a GED.

But here in Kentucky even if you don’t graduate, it’s not too hard to get a diploma,  If you’re willing to pay.

Her cousin recently bought a diploma online for $85.

Her cousin dropped out of school in tenth grade, but didn’t want to spend time in the classroom to get a degree.

“We see these a lot. We know what we’re looking for,” said Lisa Brosky, spokesperson for Jefferson Community and Technical College.”Folks like the Federal Trade Commission warn businesses that these are out there, so they know to look for them.”

Brosky says students who show up with questionable diplomas often shell out hundreds of dollars they can’t afford.

Why are so many questionable degrees showing up in Kentucky?

One reason may be that the Kentucky Department of Education has virtually no regulatory authority over non-public schools.

In some cases, even state agencies will accept questionable diplomas, like those from Sanford High School., an online company that boasts it offers degrees in days with “no more boring classrooms.”

We obtained several Sanford High diplomas issued to employees of Heavenly Angels Day Care Center, which closed after a crash killed an employee and injured 14 children.

The owner, Lavonia Lewars, was later indicted for allegedly stealing hundreds of thousands of dollars in child care subsidies.

Yet, the Kentucky Cabinet for Health and Family Services accepted the diplomas as legitimate degrees, even after receiving reports that a daycare employee was paid to take online tests so that other employees could receive them.

Lewars’  husband Gregory was one of the Sandford High grads.

“Getting a diploma is just that. It’s just a piece of paper or item that says I’ve graduated from high school,” said Gross.

We wanted to see exactly how easy it was to obtain a high school diploma online, so we enrolled a one-year-old golden retriever named Koko in Jefferson High School.

Local employers and education officials say that’s the alternative diploma they’re seeing most frequently, which is probably not by accident.

But Jefferson High School online is actually located hundreds of miles away in St. Kitts, a small island in the Carribean best known for colorful carnivals and hosting gambling websites.

Since Koko can’t type, we helped her out,  answering a multiple choice exam, getting hints whenever we got an answer wrong.

Then  we filled out a short essay section about Koko’s life experiences.

Soon, Jefferson High was ready to send Koko a diploma, if we were willing to  send $272 to cover the cost of the diploma, a transcript and rush shipping.

“Of course, there are reliable online learning opportunities. This is not to say that all online learning is not reliable, but parents do need to be aware that it’s not about getting the diploma. It’s about what happens when you get that diploma and how you’re going to use it,” said Gross.

We walked away from buying Koko’s degree and saved the money.

Education officials say others who are offered degrees without having to study or attend classes  should also.

Those certificates are uniform and universally recognized.

There are also many legitimate online education programs.

Before sending money to any of them, you should check for some type of accreditation and make sure the degree will be accepted at the college or the job you wish to pursue before investing time or money in a program.