12 On Your Side: Student gives online diploma an ‘F’

The website states “accredited” and the diploma looks real, but an Aiken County woman feels all her hard work and money were wasted. 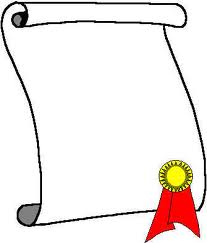 Mosier gave up a lot, including high school, when she became a mother for the first time.

“I actually have three kids. I’m a stay-at-home mom,” she said.

But now, seven years later, Mosier is ready to make a better life for her and her children.

“I actually applied for Aiken Tech. I wanted to get my CNA,” she said.

The only thing standing between her and her dream of going to college was a high school diploma.

“I figured I could go to Cornerstone School because it was quick, it was easy, and it was simple,” the young mother said.

“It actually had a stamp thing that said it was accredited,” she said.

And, in bold print, the website states: “Accreditation certificate available upon request.”

“I was thrilled! Calling everyone telling them, ‘Hey, I graduated!'”

Mosier registered for classes at Aiken Tech, had her student ID made and even bought books.

And then, “They tell me, ‘Ma’am your Cornerstone diploma is no good.'”

Not only would Aiken Tech not accept her diploma but the Air Force, Marines and National Guard would not accept her husband’s diploma from Cornerstone Christian Correspondence School either.

The online school is not a stranger to the Better Business Bureau. The school has an “F” rating. Most of the complaints center around diploma problems.

“Another red flag is if they’re really flaunting the accreditation. There is no reason to,” said Gigi Turner with the BBB of the CSRA.

A spokesperson with Cornerstone did not want to do an interview but told News 12 On Your Side over the phone that their website clearly states it’s privately accredited and that not all schools and branches of the military accept their diploma. They also told us, “All the information is on the website and it’s up to each student to check it.”

“I am very angry with the school,” Mosier said.

The website for Cornerstone Christian Correspondence School shows the school is accredited through The Accrediting Commission, Inc. ACI is a non-government religious accreditation agency.

To check the accreditation of a high school, you need to check with the Department of Education in the state where the school is located.

This article originally appeared on wrdw