Police investigators say a woman applying for a job with the Columbia Police Department lied on her job application through the use of a fake college diploma. 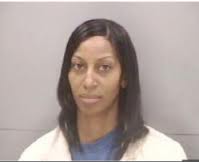 Officers arrested LaKeisha Danielle Bowman and charged her with forgery on Tuesday.

Investigators say Bowman included the phony diploma as a part of her application. Bowman was applying to become a Class III Officer with the CPD.

Bowman’s diploma claimed she received a Bachelor of Science Degree in Criminal Justice from ITT Technical Institute in June 2009. However, a recruiting officer noticed the word “prescribed” on the document was misspelled as “prescrilbed”.

CPD says the diploma was allegedly purchased online for $100.  They have also contacted ITT about Bowman and the allegations.