A former employee with the Ohio Department of Education has been charged with awarding high-school equivalence certificates to several undeserving dropouts, including her husband and brother, and a woman she met in jail.

A Franklin County grand jury indicted Kathleen G. Garner, 41, of Columbus, on two counts of felony tampering with records and one count of felony forgery. If convicted of all three charges, she faces up to 11 years in prison and $22,500 in fines. 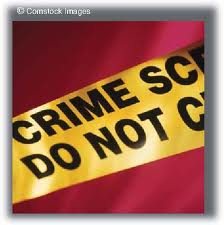 The indictments, handed up last week, were announced yesterday.

“She was changing the scores, grades, for some friends and relatives on the GED test,” said county Prosecutor Ron O’Brien.

Ohio Inspector General Randall J. Meyer launched an investigation into Garner last spring after her supervisor and another employee reported concerns. At the time, Garner worked as a customer-service assistant in the agency’s General Educational Development diploma division, earning $39,600 a year.

The state’s watchdog found that Garner entered passing GED scores and other information into a state computer system for at least seven people, allowing them to receive a high-school equivalence certificate. All were relatives and friends, including the former inmate she met while incarcerated in the Franklin County jail on charges of domestic violence and child endangering. Garner later pleaded guilty to a reduced charge.

Garner began entering altered data in 2010 — four days after she was transferred into the section — with her husband the first recipient of a fraudulent certificate. The last, a certificate for a friend’s husband, was awarded in March, the report found.

Garner resigned from her job shortly after questions about her conduct were raised.

In addition, the agency has implemented several policies to prevent such fraud from happening again, such as requiring two or three employees to sign off before certificates are issued and preventing a single employee from having the ability to both enter data and alter existing data.

Department officials also have asked the state auditor’s office to review policies and procedures in the division.