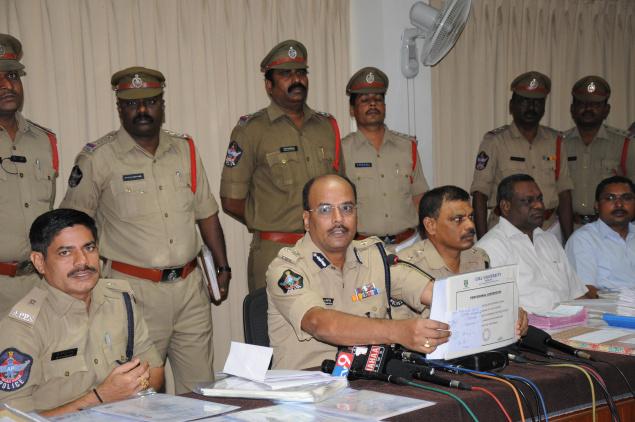 The police are on the lookout for the sixth accused in the case. Giving details to the media here on Monday, Police Commissioner B. Shivadhar Reddy said that the directors of six private educational institutes in the city were issuing fake certificates to prospective ‘certificate seekers’ by collecting amounts ranging between Rs.10,000 and Rs.2 lakh.

The Police Commissioner said that the bogus certificate racket was going on in the city for the last few years. He said that one of the six accused was already sent to jail. Of the remaining five, four were already arrested while the prime accused Srinivas Yadav of Rishi Technologies, NAD Kotha Road, was yet to be arrested.

The Commissioner commended the City Task Force (CTF) Inspector Reddy Srinivas and his team for their efforts in arresting the accused.