Turkish hacker group RedHack has released over 60,000 documents it captured in its latest attack on the Council of Higher Education of Turkey’s (YÖK) website, spilling dirt on hundreds of corruption investigations and documented incidents. 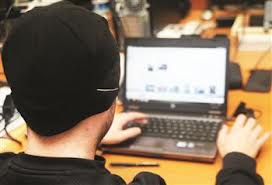 The attack exposed the security weaknesses of YÖK’s website, Transportation and Communication Minister Binali Yıldırım admitted yesterday at the opening of the second National Cyber Security Exercise. “We will take the necessary measures after the attack. They conducted the attack by using the passwords of authorized people. This shows the weaknesses of the system,” Yıldırım said.

RedHack, which even revealed that a candidate with a fake diploma had been hired at Kastamonu University as a lecturer, said YÖK was unable to prevent cyber attacks.

“With our latest hacking, we saw that high-profile security systems can also be hacked. We downed their website twice in the same week. It is obvious that they cannot guard their websites,” a RedHack member told the Hürriyet Daily News yesterday in an interview conducted via instant message.

A number of the documents were confidential, according to a RedHack statement released Jan. 9.

The documents consisted of bank account information, parliamentary complaints, correspondence between YÖK and universities and final reports of corruption investigations.

Financial schemes, mishandled student information and private agreements with banks in exchange for financial and material rewards were all publically exposed through the series of documents released by the anti-government hacker group.

“Some of the documents included claims of banks buying luxurious vehicles for university rectors in exchange for them agreeing to deposit university tuition fees at particular bank,” the hackers said about Istanbul University in a press release.

“Also bank accounts were opened in the names of students without their knowledge and appropriate IDs to gain customers for the banks in order to secure these luxurious vehicles and money handed to universities,” RedHack said.

Another document published by the hackers showed that the president of YÖK had failed to take action after being notified by the State Prosecutors’ Office regarding the fact that Public Personnel Selection Examination (KPSS) questions were shared online before the exam.

“One of these documents shows that a cleaning tender at Uludağ University in Bursa led to a public loss of 3 million Turkish Liras while another shows that a candidate with a fake diploma was hired at Kastamonu University as a lecturer,” the hackers said.

The leaked documents have sparked protests among Turkish students, who have asked university rectors involved in acts of corruption to step down.

Bank pays for rector’s car
One of the most striking cables shows a private transaction between the rector of Fırat University and Vakıflar Bank that took place in 2009. The bank, which Fırat University uses to receive tuition payments from students, agreed to pay for the full price of an Audi vehicle for the university’s rector along with insurance expenses.

Vakıflar Bank, however, claimed the payment was a promotional right for the rector’s office of the university.
Another portion of the bank’s payment was used to fund festivities for university students.

An investigation revealed the transaction left the university heavily indebted.

Lab construction mishandled
Claims of mishandled payments during the construction of a laboratory at Giresun University also surfaced among the cables.

However, university officials were not convicted, but only accused of charging both private companies and state authorities simultaneously for trips abroad to receive training on new gadgets. Documents showed that YÖK’s investigations were not able to reach conclusive results on the matter, but the concluding report sent to YÖK suggested further investigations should be conducted into officials at rector’s offices.

The revelations may continue if further cases of corruption emerge, RedHack has said.