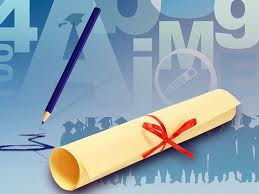 Justice Muhammad Khalid Mahmood Khan issued this order on petitions moved by voters of the constituency challenging the assembly membership of Sargana on the basis of having fake academic certificates and degree while contesting the general elections in 2008. Bilal Zafar, a voter from the PP-78 Jhang and one of the petitioners, had submitted that Khalid Mehmood succeeded with 27,286 votes in the said election.

He said that the registration number of both exams was the same and that was a violation of university rules.The respondent claimed that he had passed the graduation examination in 1991 but the degree was obtained in the year 2002 after 11 years. The petitioner alleged that the respondent MPA possessed fake degrees of Matric, FA and BA.

He said objection was raised before the returning officer at the time of filing nomination papers but no action was taken against the respondent.The petitioner said the respondent-MPA was liable to be disqualified under article 62 & 63 of the Constitution. After hearing lengthy arguments from both sides, the court disqualified Sargana and de-seated him after declaring his seat vacant.