A new regulation to combat academic degree fraud, with harsh punishments for offenders, has been welcomed by the public.

The regulation, issued by the Ministry of Education, covers fake papers associated with diplomas. 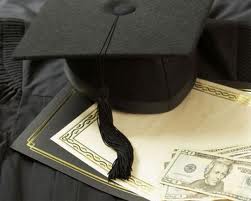 Students can be expelled from universities for forging a diploma thesis or dissertation, while teachers can be demoted or even fired, under the regulation which took effect on New Year’s Day.

The regulation, which, it is believed, will help improve the quality of diploma papers and bring rampant plagiarism under control, won approval from Internet users.

A Netizen called Beijing Native SHA said on Sina Weibo, the Chinese Twitter-like service: “It is a good regulation. Problems are serious now and it’s about time we had a regulation to resolve them.”

Another netizen, Science Education Dream Chaser, said on Weibo: “It’s never too strict”, adding that it was the right course of action.

Fake papers have been troubling universities and embarrassing education authorities nationwide, as students have been able to pay just a few hundred yuan, or less, to buy papers completed by someone else.

Typing the keywords “ghostwrite, diploma paper” on taobao.com, one of China’s biggest online shopping websites, brings up as many as 620 items, while in an online store with the logo “original ghost writers”, a paper sold for as little as 10 yuan ($1.60).

Some buyers even dared to comment on the service. A message left by an anonymous purchaser on Nov 21 reads: “The paper is well written. It gained praise from professors and fellow students. It is good to have a store like this to help me tackle the annoyance of writing a paper. Thanks.”

Under the regulation, those offering fake papers to others can be expelled if they are students, and be fired if they are faculty members.

For current students who risk involvement with fake papers associated with their diplomas, including purchasing them, finding ghostwriters, and being guilty of plagiarism or making up data, universities can cancel their candidacies.

For those who have already gained diplomas, if their papers are found to be fake, they can lose the diplomas, with their transgressions announced publicly, and applications to resit the diplomas not being accepted for three years.

Faculty members whose students hand in fake papers will be given a warning, demoted, or even fired.

Although most people have welcomed the new regulation, some have asked questions.

Ba Shusong, a researcher with the State Council Development Research Center, said on his weibo account: “The key is how to implement (the regulation).”